The Tulsa Police Department has 185 cold cases on record, cases dating back as far as 1968. But as the Tulsa Police Department cold case division is proving, cold does not mean forgotten. Even 30-year-old cases, such as the murder of Geraldine Martin, are finding closure. Those with any information concerning cases can help in bringing justice to these unsolved crimes. Contact the TPD at 596-9143.

Here is a list of some of the more notorious cold cases the TPD is working to close. For more information on these and other cold cases, visit www.tulsapolice.org.

On April 11, 1988, Patricia "Trish" Elsken didn’t show up for work. The 24-year-old managed the Nine West shoe store in Woodland Hills Mall while also attending The University of Tulsa. When she didn’t arrive, her mother was contacted. Along with a neighbor, her mother went to Elsken’s apartment in the 7300 block of South 99th East Avenue and found her. Elsken had died from stab wounds and her apartment had been ransacked, according to news reports.

Catherine Ashford always picked up her 10-year-old daughter from school. It was their custom. On Friday, May 12, 1995, the daughter waited at Cooper Elementary School, but her mother never came. The school made arrangements for friends to drive the girl to her home at 3209 S. 32nd E. Ave., where she found her mother’s car in the driveway, the apartment door ajar and her mother shot to death in the living room. According to the TPD online cold case listing, Ashford, 35, had not been in a relationship with anyone since her divorce.

On July 30, 1994, Erma J. Goodou’s daughter and sister went to her apartment at 820 E. 51st Place N. when she didn’t answer her phone. They found her dead with numerous stab wounds and blunt force trauma. The scene investigation revealed that Goodou had been initially attacked in her bedroom during a first-degree burglary.

Patricia Palmer was 19 in 1981, a newlywed hoping to earn enough money from the sale of her wedding dress to help with a down payment for a house. On Nov. 15, 1981, she placed an ad in the Tulsa World. Two days later, a man called the number listed, her mother’s number, to answer that ad. The prospective buyer arranged to meet Palmer at her mother’s home at 4127 S. Sandusky Ave. on Nov. 17, 1981, to view the dress. Later that afternoon, when Palmer’s mother called and her daughter did not answer the phone, a neighbor was contacted and found the new bride dead. She had been sexually assaulted, strangled and drowned in the bathtub. DNA had been collected in the case, according to news reports.

On June 1, 1979, 17-year-old Lisa Ann Henderson left her house at 7929 S. 70th E. Place, telling her brother she was having lunch with a girlfriend and then checking on a modeling job. Wearing a long, white flowered dress and heels, she left around noon with a garment bag and climbed into a 1976-77 maroon Chevrolet Monte Carlo with no hubcaps and damage to the driver’s side. She was never seen alive again. Her body was discovered on June 11, 1979, around a half-mile south of State Highway 51 on Old Porter Road. A witness described the driver of the Chevrolet Monte Carlo as a white male, approximately 40 years old, with dark thinning hair.

On Dec. 7, 1992, the parents of Robert and David Phillips returned home at 9817 S. Oswego Ave. around 8:45 p.m. after a night of Christmas shopping. They found their son Robert, 26, stabbed and struck with a blunt object. While investigating Robert’s murder, Tulsa police found his younger brother, David, 19, shot, according to the TPD online cold case listing.

Candyce Woodward lived at 3902 S. 125th E. Ave. with her two children and husband. On the morning of Jan. 7, 1987, she dropped her son off at school at around 8:40 a.m., drove home and babysat her neighbor’s 3-year-old daughter. Around 2:30 p.m., Woodward’s husband returned home to find her beaten to death and the child unharmed.

Angie Denise Tucker was living with her mother and her two children at 4145 E. Xyler St. when she disappeared Nov. 3, 2007. The previous night, Tucker had received several phone calls and began acting strange after one of those phone calls, her daughter told police. After Tucker hung up the phone, she told her family she was going to the store but never returned. An employee at Oklahoma State University Medical Center, Tucker failed to appear for work the next day and has not been seen since. The Charley Project (www.charleyproject.com), a website of cold case profiles, keeps an active profile on Tucker’s case.

Vicki Hill, 23, was found murdered in her home, an apartment she shared with her husband at the Westport Apartment Complex. Her husband, who worked an evening shift, returned home at 2 p.m. on Sept. 5, 1984, to find Hill stabbed to death in the apartment’s living room.

Latricia Fipps, 31, disappeared Nov. 20, 2002, after calling her mother from work to let her know an ex-boyfriend would be taking her home. Her mother reported Fipps missing when she never appeared. The ex-boyfriend claims he took her home. In June 2010, a tip led police and archeologists to excavate a site where they believed Fipps was buried eight years previously, according to news reports. The body wasn’t hers.

Brittany Phillips, a 19-year-old college student, talked to her mother on the phone on Sept. 27, 2004. Three days later, with no word from her, an officer went to Phillips’ apartment and discovered her body. Phillips had been raped and strangled. New reports reveal that she had no enemies, no boyfriends and no drug problems. Since the murder, Brittany’s mother, Maggie Zingman, has participated in six different "caravans," cross-country trips in a vehicle wrapped with her daughter’s story, to bring national attention to the case. In 2008, a local filmmaker, Tommy Wallace, who wanted to help solve the case, made a movie titled "Who Murdered Brittany Phillips?" with three different scenarios of what could have happened that night, according to previous news reports. Zingman also updates the case on her website, www.brittany

Ajuania R. Woodley, 18, was home alone the night of Dec. 5, 1993. She lived at 1503 E. 51st St. N. with her cousin and sister. Both women, however, were out of town that night, with her sister leaving the house at around 7:30 p.m. When Woodley didn’t arrive for her scheduled 9:30 a.m. shift at a grocery store, her grandmother was contacted and found Woodley in her home. She had died as a result of stab wounds. 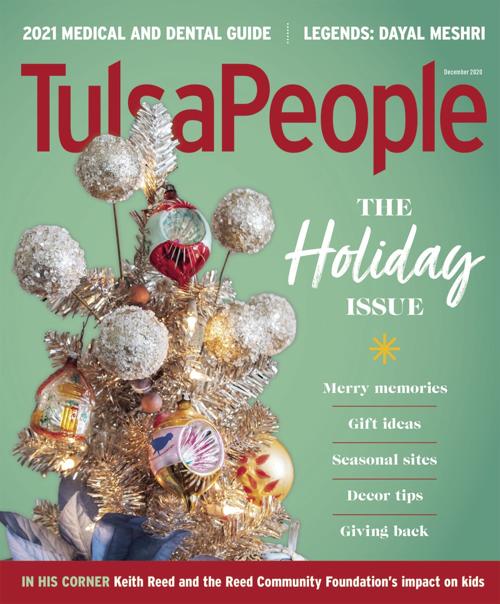