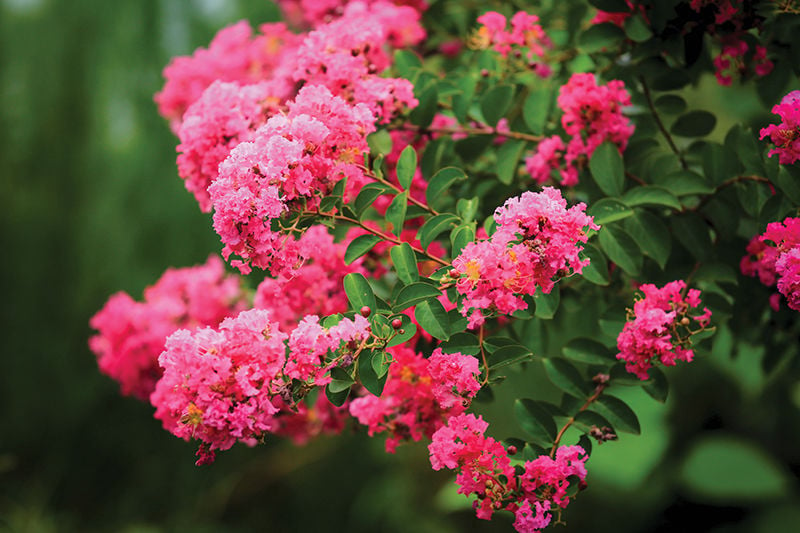 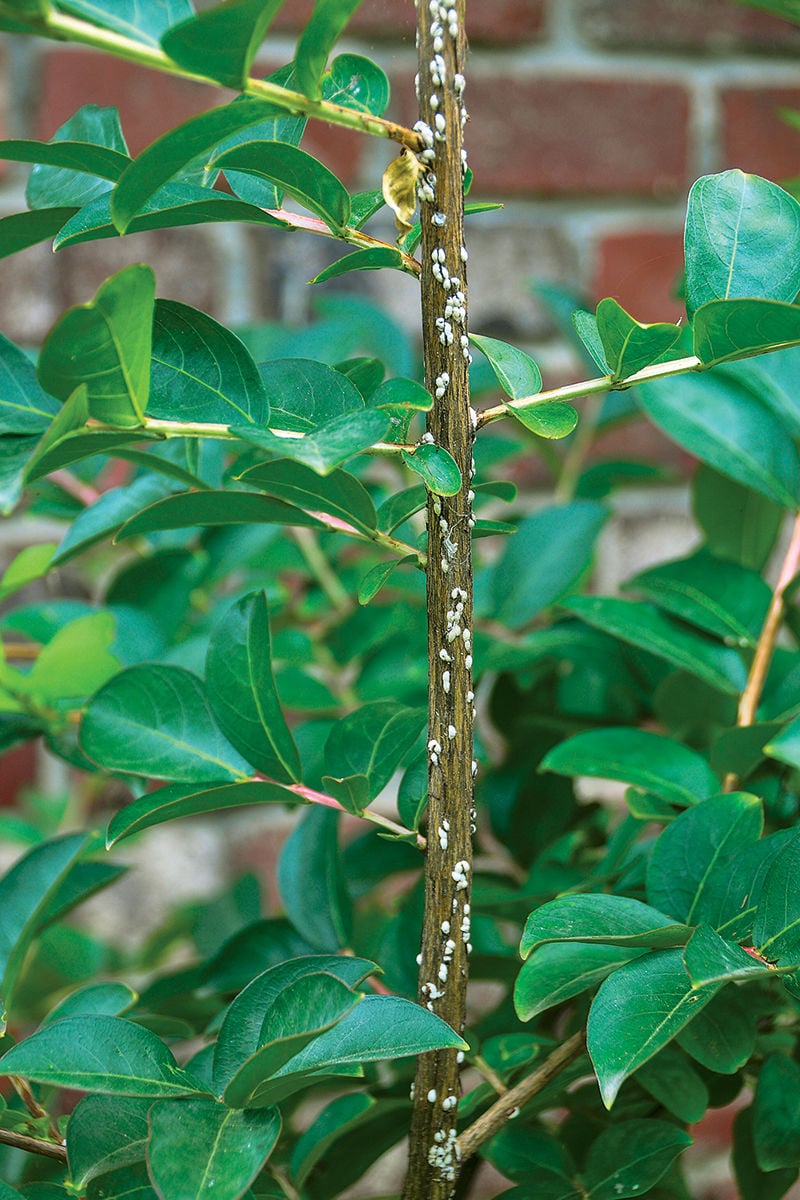 The crape myrtle has been a longtime favorite ornamental shrub of homeowners as it blooms profusely throughout Tulsa’s scorching summers. The leaves and bark add color and interest to our fall and winter landscapes.

However, it is not without its problems, the most notable of which is a vulnerability to the crape myrtle bark scale, an insect that diminishes the appearance of these wonderful shrubs.

The bark scale is relatively new to the south and now has become fairly prevalent in northeast Oklahoma. It came to the U.S. from Asia and first appeared in north-central Texas in 2004, and has subsequently spread northward into the Tulsa area. Always inspect nursery crape myrtles for scale insects before purchase.

The life cycle begins with either the female scale or eggs overwintering on the crape myrtle under loose bark. When the eggs hatch, small mobile "crawlers" are produced, which migrate on the plant and might be spread to other crape myrtles by wind or birds. There might be two to three generations produced per year, depending on temperatures.

Once the female is fully developed, she mates and attaches to the stems and trunks of the crape myrtle, where she remains fixed and lays eggs for the next generation. She dies shortly thereafter, but the eggs survive under her covering until they hatch.

As the scales feed, they release liquid called "honeydew." This is similar to the behavior of aphids. The sugars in honeydew support the growth of a fungus called "sooty mold," which produces large black patches on the bark.

The crape myrtle bark scale is easy to identify because it is the only scale insect to infest crape myrtles. The adult female is usually about 2 mm long and has a distinctive gray-white, felt-like covering. When one of the females is crushed, a pink blood-like fluid is released.

The current recommendations for control are both removal by hand and the use of winter dormant oils. Scrub down the trunk of the crape myrtle with a mild solution of dishwashing soap and water, using a long-handled brush to remove both the scale and sooty mold. This method is highly effective.

Another recommended treatment is to spray the trunks of the trees with dormant oil in late winter. Winter dormant oil spray is a stronger concentration of the petroleum-based oil than is used in summer. Neem oil, while useful in other applications, will not be effective for this scale in winter.

Previously, systemic insecticides in the neonicotinoid family were recommended. These chemicals enter the circulation of plants and kill the pest when they feed on the sap. They have been shown to be quite competent against the crape myrtle bark scale, but are no longer recommended due to concerns that these insecticides enter the blossoms of crape myrtles and would become harmful to bees and other pollinators.

Although the mold is unsightly, the good news is that it is not significant in terms of the plant’s overall health.