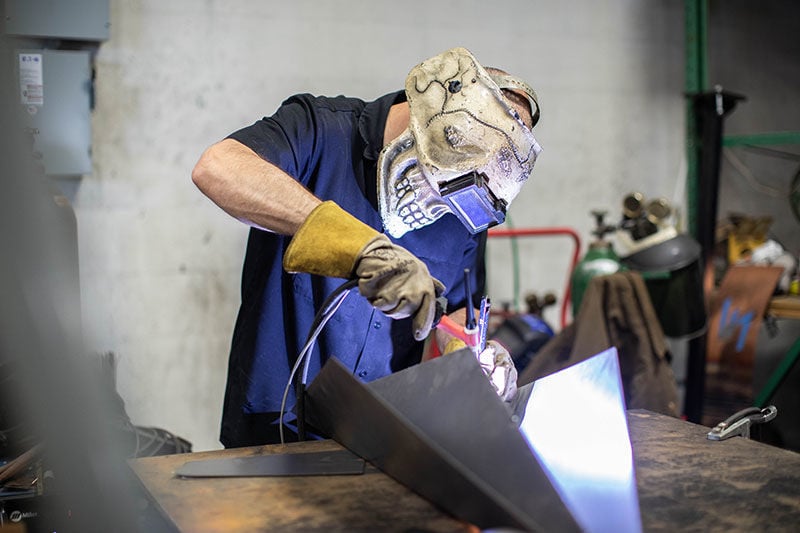 Chris Wollard welds on a sculpture in his Tulsa fabrication shop. 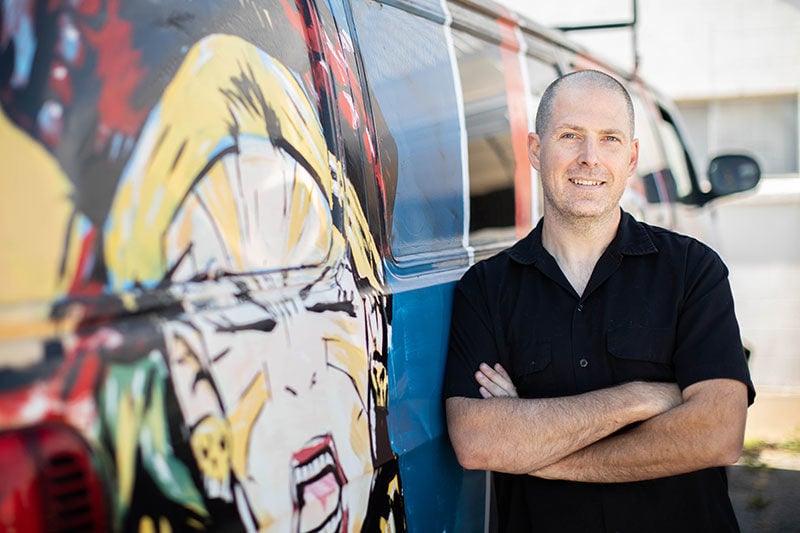 "I’ve been gearing up to do public art for the last 20 years," says Tulsa artist Chris Wollard, who spent the past two decades as an art collections manager for a private collector.

A talented sculptor set loose in a fabrication shop, Wollard creates large metal pieces with specialized tools, many of which he has modified or built himself to bring his creations to life.

Wollard made the three interactive arches for the green space near West Archer and South Main streets. Installed in 2017, the sculptures have LED lights that illuminate as people pass through.

A fan of art cars, Wollard created "Autonomous Dancing Disco Bot," a giant, drivable robot. The bot made an appearance at last year’s annual Burning Man arts event in Black Rock City, Nevada, and won the prestigious Mayor’s Cup at the Houston Art Car Parade in April. Occasionally, you can even catch it on the streets of downtown. Wollard also has been commissioned to create two sculptures for the Gathering Place lawn.

His latest project, however, is the rocket cradled in the arms of the recently installed Buck Atom, a 21-foot fiberglass space cowboy towering over Route 66 gift shop Buck Atom’s Cosmic Curios, located at 1347 E. 11th St. For Wollard, this artistic undertaking was meaningful in many ways.

"I’ve got a real attachment to Route 66," he says. "Any time I get to travel it, I do, so it’s close to my heart. It’s amazing that I actually got to contribute to a roadside attraction. I’ve always wanted to do that. It’s a dream come true."