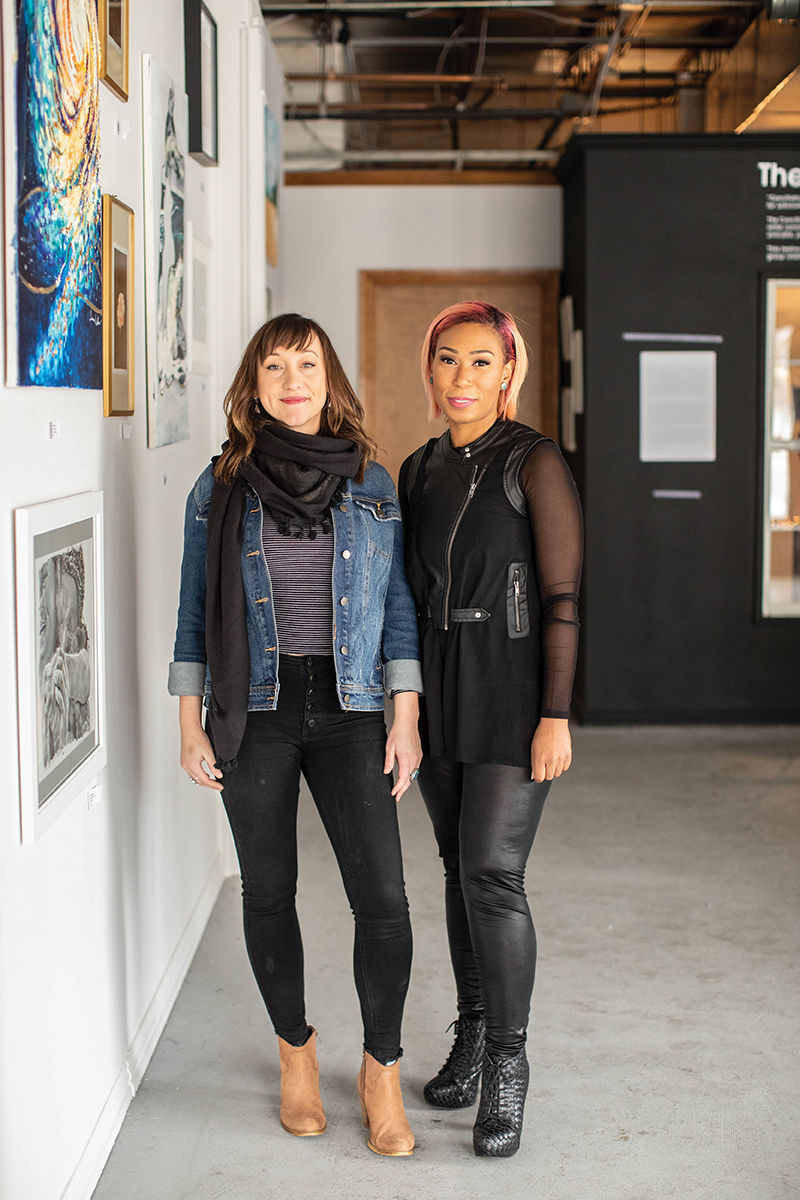 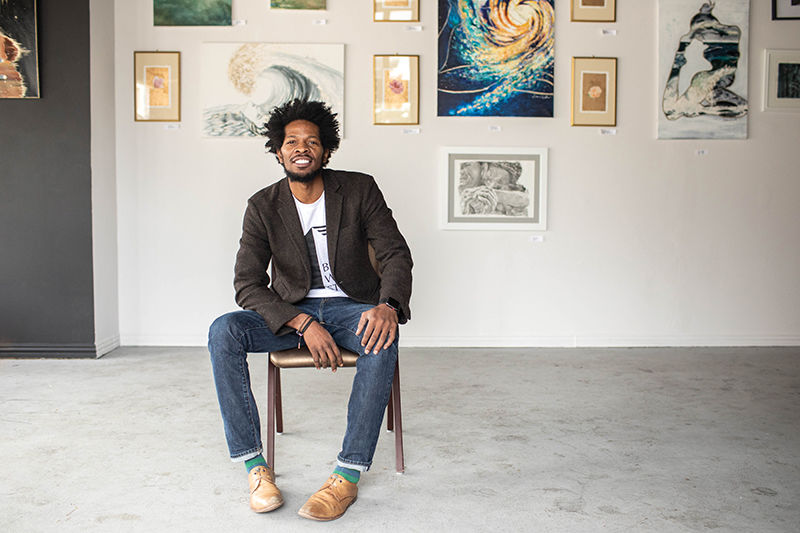 "The word ‘reconciliation’ means restoring friendly relations," Wright explains. "We haven’t had that, or at least I haven’t seen that, in any history of Tulsa.

"Instead, we should be talking about ‘conciliation,’ where we’re talking about mediation, acknowledgment, apology and reparation because we want to create those friendly relations."

The series will run through August with a final exhibition in September showcasing all of the artistic pairs.

Photographer Nicole Donis and painter Elizabeth Henley are this month’s featured artists. Henley is the founder of Black Moon Collective, a group working to create more opportunities for black artists in Tulsa. Each of the Collective’s eight artists will participate in the Conciliation series.

"I do acrylic paintings," Henley says. "I like to tie in themes of Afro-futurism. I’m a big sci-fi fan, so I try to pull that in, too, and female empowerment. Right now I’m doing a lot of portraits of women."

Donis, who works primarily in traditional 35 mm still film with a social documentary angle, is looking forward to working with Henley on January’s exhibit.

"I know her work, and I really like it," Donis says. "I’m drawn to the social-cultural side of things, and that’s what I want to showcase in the work I’m doing. I think Black Wall Street, in particular, is a really good space for that."

Behind the gallery: Ricco Wright

"I want this to contribute to Tulsa’s becoming a progressive city, a smart city. I want us to embrace the arts like no other city in the United States," says Ricco Wright, chairman and founder of Black Wall Street Arts, a nonprofit endeavor that includes a new art gallery and theater company.

Wright sees BWSA as a way to support and showcase local artists and their work, as well as a vehicle to create community.

"I want to bridge the gap in Tulsa because it makes no sense why, in 2018, we’re still dealing with segregation where you have a predominantly black north Tulsa and a predominantly white south Tulsa," he says. "It’s all about bridging that gap and bringing people together. I think art is a gateway to healing. It’s not abrasive. It evokes emotion, and it’s transcendent."

Wright, who returned to Oklahoma in 2014, after obtaining his doctorate in mathematics from Columbia University, wants to use local talent to recreate in his hometown some of the diverse artistic and cultural events he experienced while studying in New York City.

"I know it’s possible here," he says. "We have the artists. We have the buildings and the space. All I need is the financial backing, and I’ll do a lot more." For more information, visit bwsarts.org.

One year after Black Wall Street Gallery opened in its historic storefront, it will launch the new exhibit at a new location just down the street: 10 N. Greenwood Ave.