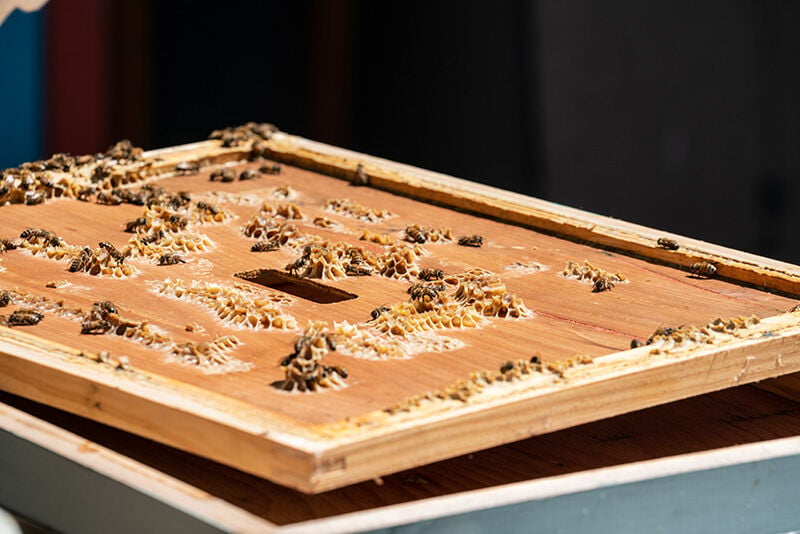 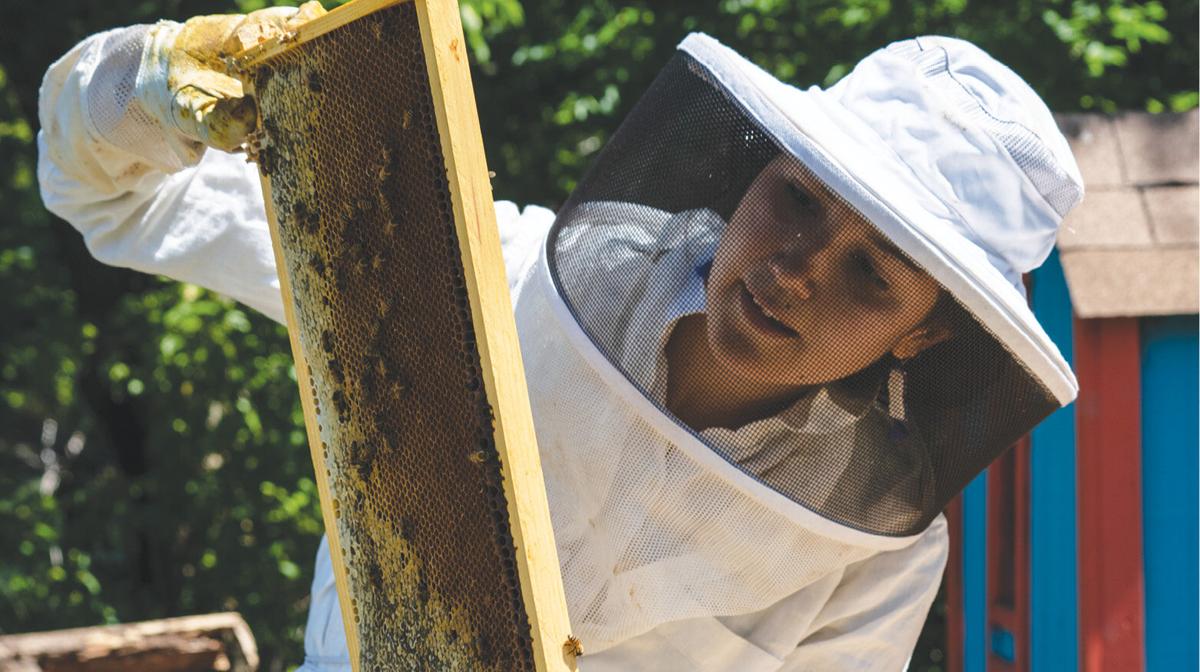 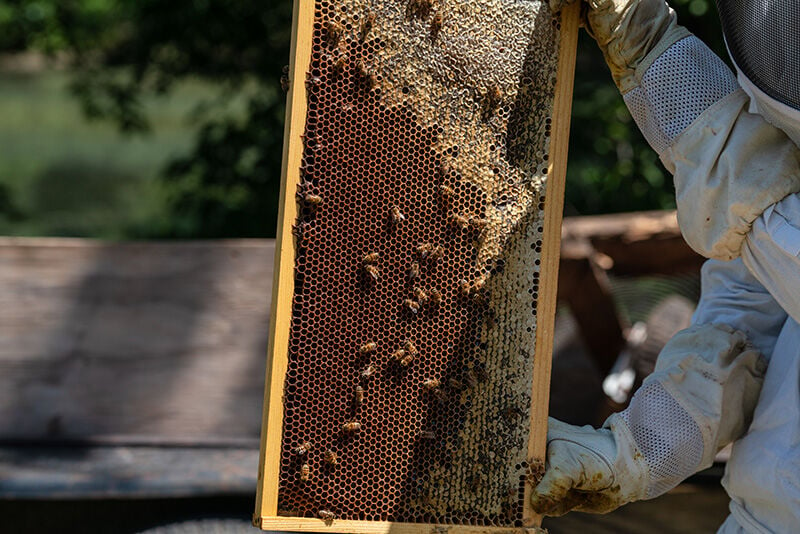 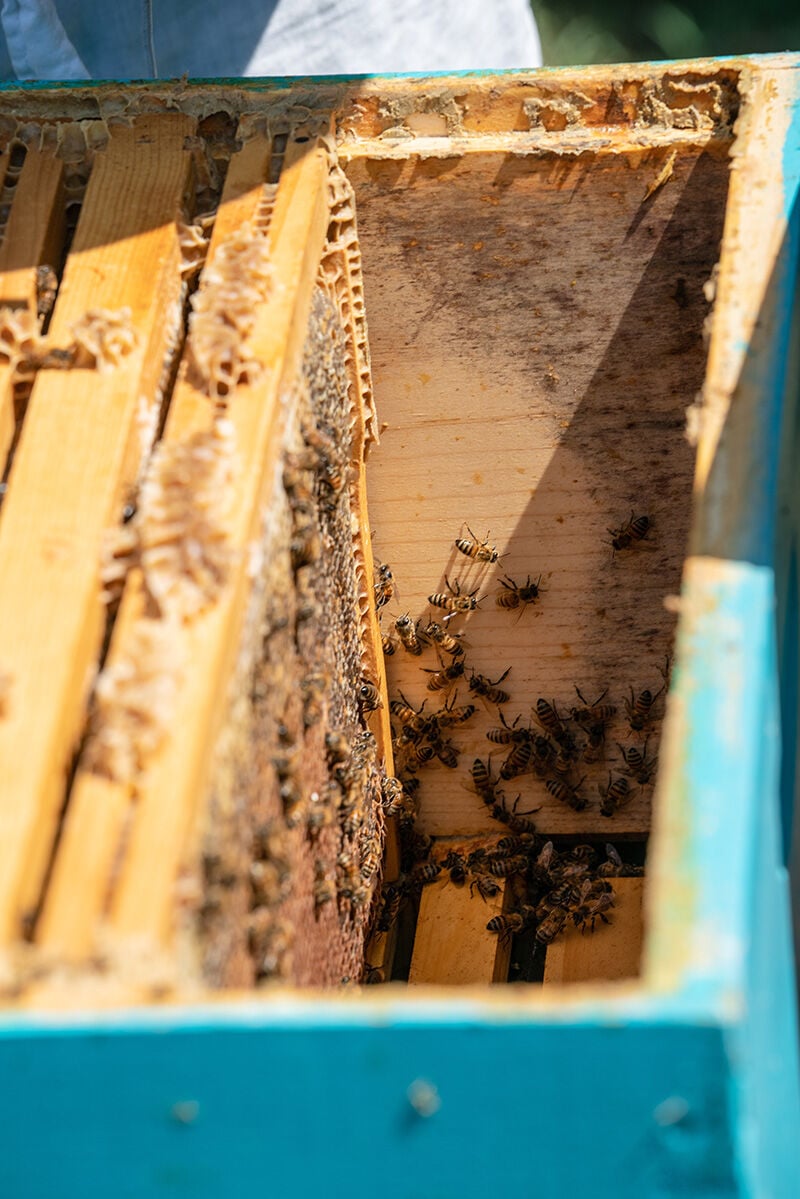 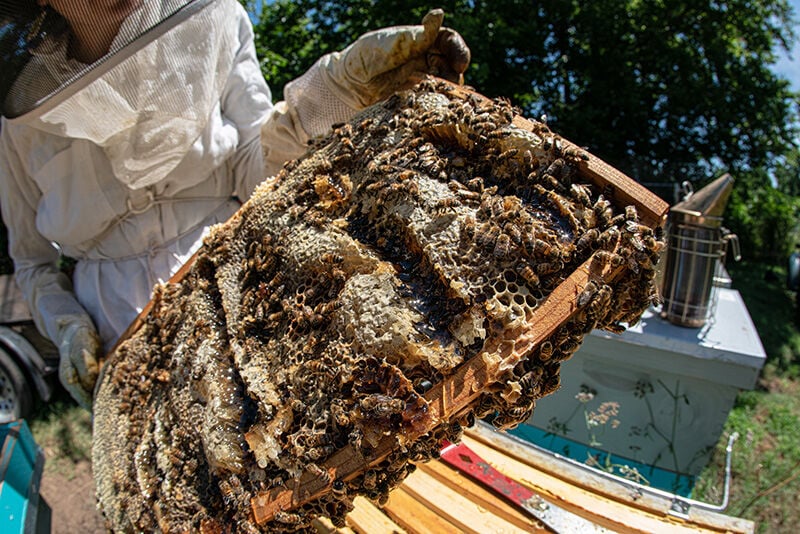 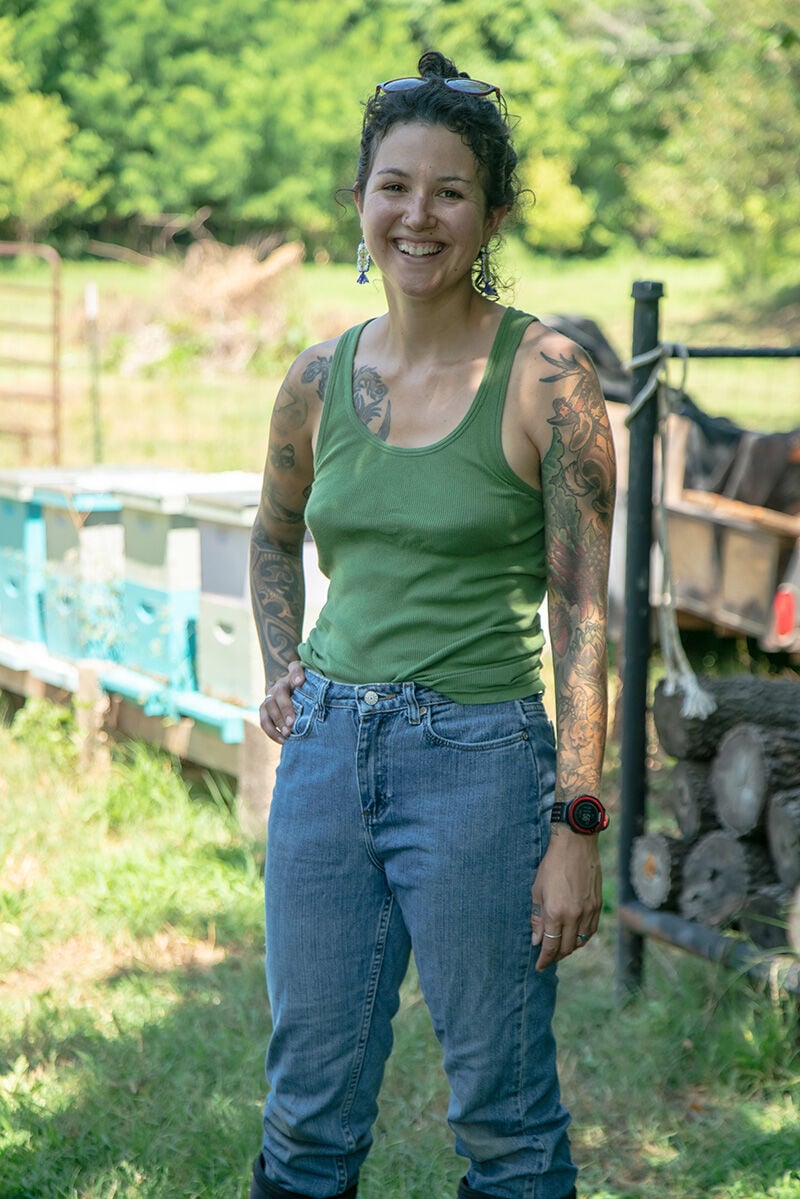 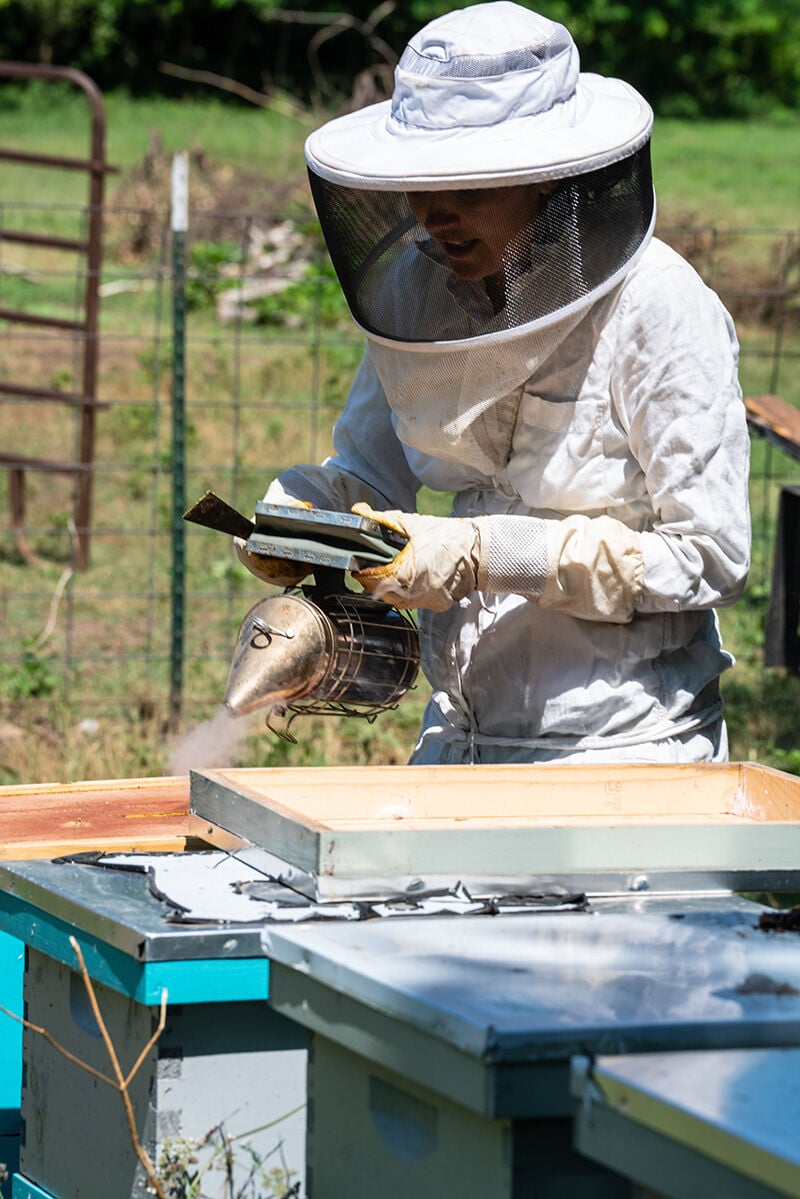 Ask 10 beekeepers a question and you’ll get 13 different answers — and they’re all right.

Or so say Tulsa-area beekeepers Jackie Brewer and Brad Swisher, both members of the Northeast Oklahoma Beekeepers Association. The two agreed no two hives are the same; as soon as you figure something out, the bees change course. “We’re not beekeepers so much as bee havers. They’re calling all the shots,” Swisher says.

Brewer caught the beekeeping bug three years ago. One hive quickly turned to two, then eight. The bees are part of a farm with traditional farm animals and a garden, which provides everything she needs to make homemade dyes and other wares. But the bees are a hobby, not a job, Brewer says. The science teacher at Tulsa School of Arts and Sciences loves when her two worlds combine. “My students are terrified of bees until they actually learn about them,” she says. “I bring a little observation hive in, and they just love it. That’s my intention with the bees, and the whole farm — it’s an opportunity for agriculture and environmental education.”

She says beekeeping is an unusual niche to exist in but that she couldn’t imagine not doing it. “With a lot of hobbies you can learn it and pretty much have consistent predictions or expectations ... whereas with bees you can learn the foundation, the scheduling and rhythm of a bee’s lifecycle but still not know everything or not get the results you want,” she says. “But I love to learn. As a community, everyone is trying something different with their bees at any given time. There’s an unpredictability and constant learning. That’s why I love it.”

Swisher, a high school biology teacher, says beekeeping is everything he loves: “It’s biology, it’s outdoors.” He adds, “If you want to manage bees, it’s all about biology. You have to know what they’re doing, when they’re doing it and why, so you can work with them, not against them. Because they’ll win every time if you don’t do what they want. They’re in charge.”

Swisher started with four colonies around spring 2017. This past year the number spiked to 43, and he hopes to hit 100 this year. “Right now, I’m a sideliner because I still have a ‘real job,’” he says. “My goal is to leave teaching in three to five years and make beekeeping and my farm full time.”

Swisher recently learned to graft queen bees — transferring larva from a worker cell, to an artificial queen cell, thereby creating a new queen. Grafting will help hit that 100-colony goal. Growing his colonies also means splitting the existing ones into smaller units and buying new queens for them.

Both Brewer and Swisher say the community of fellow beekeepers helps keep them hooked. “There are a lot of types of beekeepers. There is maybe a stereotype that all beekeepers are crunchy granola people. But a lot are scientists, businesspeople, educators,” Brewer says. “It’s a diverse group of people.”

The people might all be different, but they all know one truth: It’s all about the bees. “They’re almost like people, they have different personalities. Some days they’re grumpy, some days they’re not,” Swisher says.

“Being around the bees is something you get used to,” Brewer adds. “I’ve been stung a lot, but it’s always my fault. I got in the hive when it wasn’t a good day to go in, or I moved something and squished one … Their acceptance of you depends on the day.”

It also depends on the season, Swisher says. “In spring they’re so busy they don’t care if you’re there. In fall or winter, they’re more interested in you, so it can be a little unnerving. It’s just the nature of the bees.”

Summer months are spent making sure bees have frames to fill with honey, making sure the queen has space to lay eggs and managing varroa mites. “These mites are to bees what ticks are to us. They feed off the fat bodies of bees,” Brewer says. “It compromises their immune systems. It doesn’t necessarily kill them, but if you get enough of your bees with compromised immunity, your colony suffers and reduces their honey production and eggs they can rear. It’s a debilitating step back if you don’t manage it.”

If you’re interested in beekeeping, the NEOBA has a class series “Starting Right With Bees” twice a year, which annually graduates over 150 new beekeepers. Pending pandemic adjustments, the next meeting is scheduled in the fall. In the meantime, Brewer says there are plenty of ways to help the bees without tending to hives.

“Plant more flowers,” Brewer says. “Bees like birdbaths. They drink water, but they can drown. So, I always have birdbaths with little pieces of cork or Styrofoam so they can float around.”