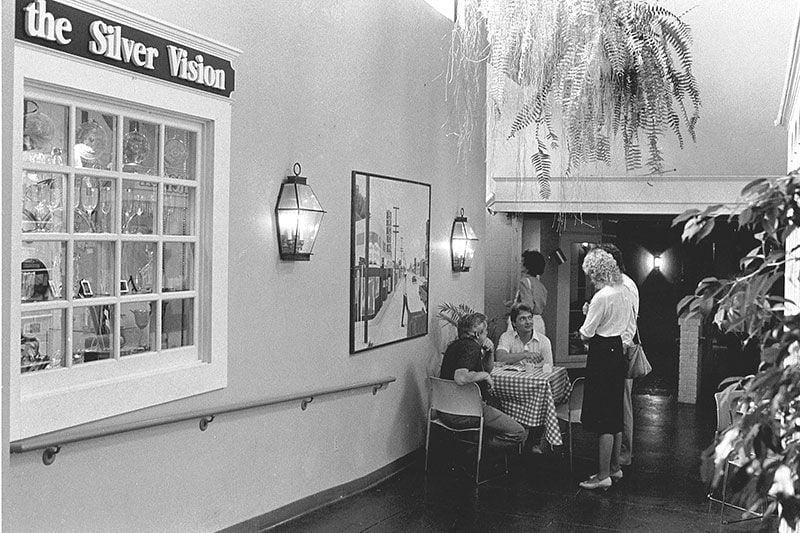 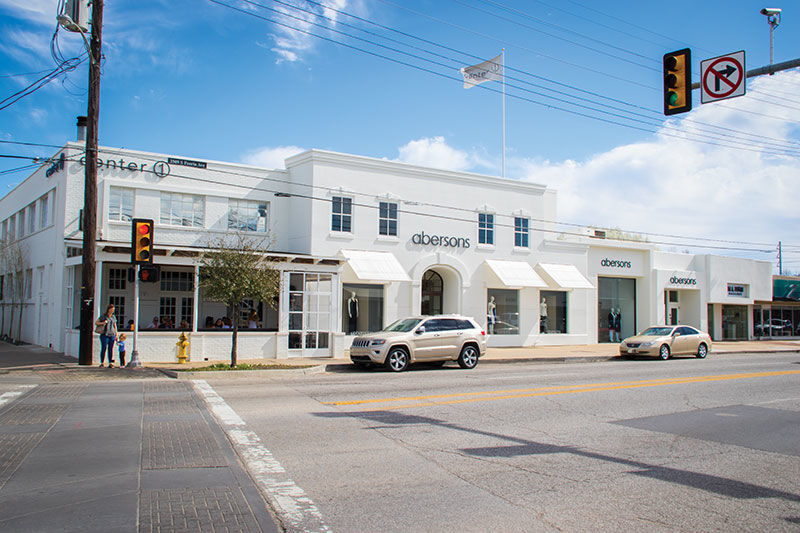 If Twitter had been around in the 1980s, there is a good chance "Stonehorse" would have been trending in Tulsa.

Stonehorse, created by Tulsa entrepreneurs Nelson and Joen Kifer, was a large mini-mall that boasted an eclectic variety of businesses. More recently known as the Consortium, it is now part of Brookside’s Center 1 shops owned by upscale clothier Henry Aberson.

Opened in 1980 at East 35th Street and South Peoria Avenue, Stonehorse was the foundation for the area’s resurrection. Many of the storefronts in the upper Brookside area had become vacant as merchants flocked to the new Southroads and Woodlands Hills malls.

Since the 1960s the strip had been known as the "Restless Ribbon" with teenage drivers cruising South Peoria and congregating regularly in merchants’ parking lots, often intimidating local shoppers.

Stonehorse’s creation was almost by happenstance. The Kifers owned a successful art gallery at 26 E. 18th St. and eventually traded the property to local energy company MAPCO. In the deal, the Kifers acquired the old Rich’s Furniture building and an adjacent building at 35th and Peoria. The building was too large to house just the art gallery, so the Kifers built it out to attract other businesses.

Retail stores of all types flourished in Stonehorse, including Buffington’s Frames, Mecca Coffee Co., Everywhere a Cat Cat (a feline-themed store), Caswell-Massey (specializing in perfumes, soaps and potpourri). Marilyn Ihloff and her first salon brought in plenty of foot traffic.

Joe Kifer helped his parents in the endeavor and witnessed firsthand this transformation. "We were the best in town at the time, and we shared the Utica Square crowd, but in Brookside they loosened their ties and cracked jokes," he says.

The Grapevine originally opened as a wine bar with appetizers prepared by another family business, Roll Call. An upper dining room and a

commercial kitchen were later added. "It’s a cliché, but the Grapevine was really the ‘Cheers’ of midtown," Joe recalls. "It was not uncommon to see a CEO sitting next to a house painter, conversing."

Alas, as the oil recession hit Tulsa in 1985, several tenants in Stonehorse folded. The Kifers sold the building in 1986 but retained the Grapevine, which they operated until 1998.

Aberson was formerly part-owner of the mini-mall and renovated it in the late ’80s, around the time he opened Abersons clothing store there. He reflects on the property’s success then and now: "With more than 200,000 high-income people in a 5-mile radius, we had an opportunity to develop a unique street-shop environment in the middle of the city.

"Now, we draw out-of-town clients from throughout the country, too."