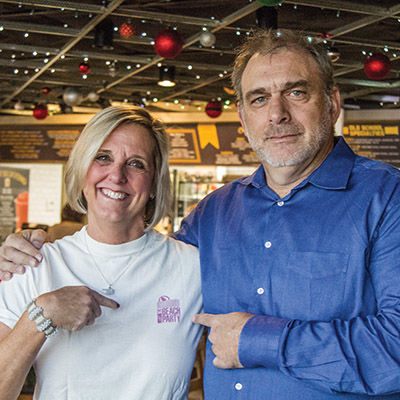 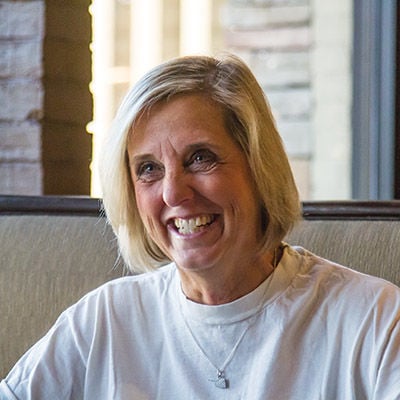 Disclosure: Carol Bush and I have been friends for 35 years, ever since she owned Beach Party, a surf shop on Brookside, in the 80s.

"It’s your jingle. You wrote it 30 years ago. Here," Carol Bush says, and hands me a bag consisting of a Beach Party hand fan, a refrigerator magnet, an old business card, and a fake $10,000 laminated bill.

She’s been an advocate, volunteer, headed the Tulsa Crime Commission, sold real estate for 35 minutes, and did a stint with the Tulsa Health Department, where she eliminated Coke machines from area schools.

"Could that happen today or would the state GOP claim liberals were dictating what to feed our kids?" I ask.

"It took four years to get those machines out," she says. "What I learned is sometimes these aren’t R&D [Republican and Democratic] issues, but human issues—health and wellness, education. So how do you create win-win across the aisle?"

"I know, but I see a shift moving more towards the middle."

I nearly choke on my lox.

She calms me down and brings up the party’s new leader, Rep. Charles McCall from Atoka.

"Did you support the education tax?"

"No. It was the wrong way to fund it," she retorts.

"Everyone agreed with that. David Boren agreed. But it wasn’t being done any other way."

"But I think we can do it another way."

"When the party in power has not been motivated to do anything for public education and isn’t punished by voters, why would it do it now? Because Carol Bush thinks it’s a good idea?"

"Because there is a push from those like me who say, ‘By God, we, as a party have to’—excuse me—‘get our shit together and do right by the people of Oklahoma.’ I still don’t know why 55 percent of our budget goes to public education and we can’t fund it. I would still like to know where the hell all that money goes. I think we have too many school districts, we’re too top heavy, too administrative."

"But that’s a smokescreen," I respond. "We’ve cut more from education than any other state since 2008."

"Yes, I agree," and tells me she has submitted a proposal to her party’s leadership to concentrate on education and long-range budget planning. "Everything else is on the back burner."

"Back burner? All right," I say, "let’s play the lightning round."

"Separation of Church and State. Move on."

"I believe in capital punishment and that comes from ten years working at the Crime Commission, but [State Question 776] was poorly written."

Abortions for rape, incest, life of the mother?

"No—well, there’s a place for them. But I’m not for the vouchers because public funds should not be spent on private schools."

"Oh, God! Wrong execution of the right idea. I do believe we have to take care of the healthcare of everybody."

"Of course. You can’t legislate morality."

"We’ve taken too much money out of the budget in the last 12 years."

"You’re a Republican," I say. "You’re coming out for tax hikes? Ballsy!"

"I know, but I was all for that cigarette tax. It should go back on the table."

"Why should cigarette smokers bear the burden? The deficit isn’t their fault."

"I understand it’s not their fault, but they cost the state billions of dollars in healthcare. And why do we pay tax on groceries? You want to take care of the poor, do something about that."

"So, where do we make up the revenue? Higher taxes on horizontal drillers?"

"Why is it so tough for legislators to say, ‘We can’t afford tax cuts anymore’? If we want good education, police and fire, clean water and air, we have to pay for it," I say.

"I don’t know, but we should. I know that’s not a popular answer within my party—I’ll get beat up for that—but that’s what we should be doing."

"So, why are you a Republican?"

"Why are you a Democrat?"

"Because we fundamentally believe government has a role to play in society, there are things it does the private sector can’t, or shouldn’t, like education, prisons, environmental protection—that privatization has largely been a failure."

"I agree with that."

"You’ll be recalled by April."

"So why was I elected?" she asks, laughing. "I still would like to think there is a shift away from those radical positions that have defined my party. Because people have decided we have to start focusing on the things that matter every day."

"God only knows. I don’t like the way he represents; I wish he would shut up."

"I couldn’t get behind her—the first woman president, I know, but I just couldn’t."

"So who did you vote for?

"All right, let’s talk about your meeting at the capitol with the caucus."

"Okay, it was fine, a reunion of sorts for many, but then John Bennett [R-Sallisaw] spoke and I thought I was back at ORU and that was offensive. It was a prayer revival, Bible thumping, and it shouldn’t have been. And it wasn’t just offensive to me—I am sitting in a row of about ten people and we’re all looking at each other, thinking, ‘What are you doing?’"

"So if Rachel Maddow has you both on to talk about Oklahoma politics, will you pick a fight with him?"

"Oh, I’ll pick a fight with him. We need to muffle his megaphone. And how the hell does he keep getting re-elected? Let’s start there."

"Does his agenda suck the energy out of real legislation and embarrass the state?"

"Yes, absolutely. When I was campaigning, I’d knock on doors and ask questions, try to go deeper, and one woman said she’d never let her kids go into a public bathroom again because she didn’t want them kidnapped and raped. And I thought, ‘Oh, dear God, the ignorance.’ I said, ‘Do you know who the pedophiles are? It’s usually your white, next-door neighbor. I laid into her because I was so angry about the ignorance.’"

"Kicked me off her porch.  I got back in the car and said to my volunteer, ‘I have to quit. I have reached my boiling point.’"

But she didn’t. And she won.

She thinks back. Her father had just died. Jeannie McDaniel, outgoing Democratic representative of a neighboring district, called and asked her to run.

"Jeannie, I’m getting ready to bury my dad. I don’t want to talk politics."

McDaniel told her to take a few weeks.

Her mother is in a nursing home now and she won an election she had no right to win.

"I am taking care of my mother, who wants to die. And she keeps begging me and I tell her, ‘We don’t live in Oregon. We don’t have assisted suicide laws. Those questions get asked. The sanctity of life, but what of the quality? There are these dilemmas we’re faced with every day. You know, Barry."

Her party will pull her to the right; her conscience will remind her of the experiential, the connections between her daughters, her party, her state.

And if it doesn’t work?

"I’ll keep my head high. When I was at the health department, we weren’t allowed to do the Morning-After Pill, but we also weren’t allowed to go to schools and hand out condoms. No birth control because the religion right said, ‘Abstinence!’ Well, as the mother of two daughters, I prayed to God it was abstinence. Did it happen? I don’t know, but they could come to me and say ‘Mom, I need to be on birth control.’ Was it what I wanted? No. But I’m not stupid and blind. If we had been able to hand out birth control, we would not be 4th in the nation in teen pregnancies. Guess who’s taking care of them? Thank you, taxpayers. God, give them birth control! GIVE THEM BIRTH CONTROL—not abortions. We’re so myopic in our thinking. I’m saying that as a Christian, so there you go, Republicans."

For more from Barry, read his article on Trump’s triumph. 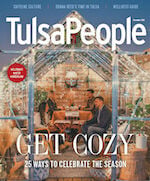