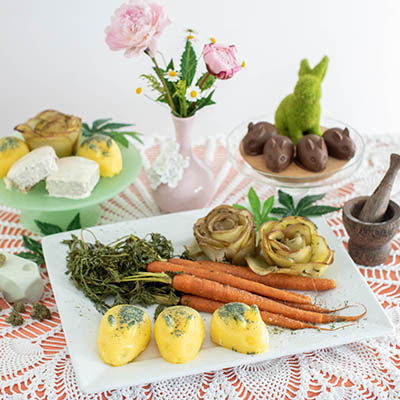 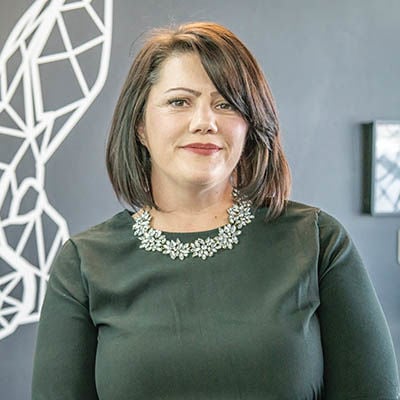 The concept of using food as medicine was once relegated to the hair-brained ethos of new age hippie types who were eating seemingly off-the-wall food items like kale and chia seeds in lieu of meats and potatoes. Now, it’s hard to find someone who is not on some kind of specialized diet to improve their health, whether it be paleo or plant-based.

The next evolution of "food as medicine" is now presenting itself in the form of marijuana-infused edibles, and, with the passage of State Question 788, has found a new cadre of devotees here in Oklahoma. White Rabbit Medicinals is one of the first licensed marijuana processors in Oklahoma to take this food-as-medicine approach to the next level.

Tiffanie Dartez made her name in Tulsa as the owner of Stella Reaux food truck, which churned out delicious Louisiana-inspired eats and lots of sass. Recently, however, she is most well-known for being an outspoken advocate for SQ 788 and medical cannabis. Like most of the people who voted yes and believe that Oklahomans deserve access to marijuana’s medicinal properties, Dartez’s reasons for supporting the new regulations are deeply personal.

Dartez had worked in corporate catering for years until chronic health issues slowed her down. She was finally diagnosed with multiple sclerosis—a nervous system disease that affects the connectivity between the brain and nerves of the body. Basically, it’s an auto-immune disorder that destroys the protective coating of nerve that helps transmit instructions from the brain. There is no cure for multiple sclerosis, and pharmaceutical options to manage the oftentimes debilitating symptoms are primarily experimental, ineffective, or opiate-based.

"When I was diagnosed and suffering, I tried the pharmaceutical route for a few years. I had a really good relationship with opiates," said Dartez. "It’s so easy to go into ERs when you have MS and get whatever you want, and I used that to my advantage; because I have a prescription, because I have a disease, nobody can judge me."

For years, she had been told that marijuana could be a balm for the symptoms she experienced, but Dartez hasn’t always had such an affinity for marijuana. In fact, aside from smoking a bit in high school, she was intensely anti-pot.

One day, a friend noticed she was having tremors, and offered her some marijuana. Exhausted from pain and frustration, she relented and gave it a try. She experienced almost instant relief. Dartez has been off opiates for almost a decade, and what she once considered "the devil weed" turned out to be an angel in disguise.

"The big thing I notice is the effect it has on my tremors—the spasticity in my muscles. I will wake up and be like the Tin Man in ‘Wizard of Oz,’ needing my oil can," said Dartez. "It feels like my muscles and all the fibers are tight rubber bands, but as soon as I smoke or have some edibles, it relaxes and then I can start functioning."

She began traveling to Colorado regularly, not just to be near the legal medication that improved her quality of life, but also to do extensive research.

"I smoked 76 strains in six months. I wanted to know what was affecting me and what was helping me," said Dartez. "I also built a journal that turned into an Excel spreadsheet because I’m a big nerd. So, when someone does want something from me specifically, I whip out my old lady journal and let them know which strains are effective for the symptoms they are having. It feels really good to pass that education on."

Dartez went on all the dispensary tours, spoke to the owners and the growers to gain as much knowledge as she could from those in the legal marijuana industry. With her chef background, she has always been drawn to food and has relied on medicated edibles to treat her MS symptoms. But after recently being diagnosed with diabetes, standard edibles on the market—like gummies and candies—were no longer an option for her.

"I was looking at the market and seeing a huge void of products for diabetics. So it put people like me in a position to where medicating to treat one disease would flare up another disease," said Dartez.

When SQ 788 passed with flying colors, Dartez knew what she wanted—needed—to do.

"I kept telling everybody that if it didn’t pass, I was going somewhere where I could medicate people like me. And if I can change the environment a little bit by throwing it into food, hopefully it will help raise the stigma from it. I mean, come on, everyone loves to eat," said Dartez.

White Rabbit Medicinals is Dartez’s answer, a marijuana processing outfit that produces modern marijuana edibles and medicated meals. The creations she whips up in her kitchen are a far cry from the bong-water flavored brownies and cloying gummies that flood the market now.

"I want to skip all the bullshit. Skip all the things that make people actually sicker, and go a different route with edibles," said Dartez. "I’m using purely organic ingredients, and they are sugar free, or use different types of sugar. Many of our recipes are also keto friendly."

The backbone of her menu offerings is the oils, butters, and spice blends that are infused with marijuana. Medicated avocado, grapeseed, and olive oils are perfect for sautéing vegetables. Adorable bunny-shaped butters come in flavors like green onion and chives, or salted garlic and rosemary. Dartez medicates everything from fancy tea cakes to ranch dressing.

Dartez’s edible items tend to be at the higher end of THC concentration, so following the directions indicated on the package is vital. For example, one of her flavored bunny butters is not meant to be eaten in one sitting. By slathering a piece of toast with the cinnamon and sweet honey butter for your morning dose, then add a finishing touch to a bowl of pasta, you can get the recommended dosage.

"It’s very important to follow the dosing directions with edibles," said Dartez. "A lot of these people getting into cannabis now are used to maybe smoking a joint, but edibles affect you differently because they are absorbed through the stomach. Edibles are like barbecue—gotta go low and slow. Pace yourself, know your dose tolerance, and know the edible that you are getting is from a legit source."

The sugar-free cookie dough is perfect for eating raw (egg free!), or for baking up a cookie or two at the end of a long day. White Rabbit is also looking to create coffee melts to medicate that morning cup of joe, and the medicated chocolate bunnies are a perfect late-night treat for those with insomnia.

White Rabbit uses specific strains of weed to enhance the food items they produce. Dartez has a developed a palate for detecting terpenes—the oils that give different strains of weed their aromatic qualities—and blending them into dishes.

"Cannabis is a flower, and each one has its own scent or flavor profile. Terpenes are like their signature fragrance," said Dartez. "I want to taste the plant in my edibles. I want to know that I’m eating cannabis. There are definitely savory strains that taste piney, almost like a rosemary or sage, while other strains are fruity and citrusy."

All of White Rabbit’s medicated products must be purchased through a licensed dispensary. Currently, FlowerCraft Co., just a few doors down from White Rabbit’s kitchen in the budding "Flower District" at 26th Street and Sheridan Road, is carrying the full line of edibles. Soon, they are launching a medicated meal plan program where patients can order food, like chicken tikka masala, medicated butter carrots, and other nutritious meals in advance.

White Rabbit isn’t just dealing in medicated food items. They are also operating under White Rabbit Catering and will be serving un-medicated grab-and-go breakfast and lunch items, with full-sized family dinners available in the case of their storefront, too.

"We are treating marijuana like a food allergen in our kitchen," said Dartez. "It has its own utensils, its own cooking pans, so people know that if they are going to order from our catering side, there will be zero transfer of THC to their food."

By normalizing the use of medical marijuana in foods, Dartez hopes that more people can get the health benefits they need, when they need it.

"I have had so many people approaching me, saying they need to medicate, but they have kids and can’t just go smoke a joint in the backyard. With these edibles, you are now able to medicate yourself discreetly," said Dartez. "Because I know by being able to medicate with marijuana, I’m extending my life. I’m buying myself time with cannabis. I feel more comfortable with my kids knowing that I depend on a flower—that I depend on a plant—rather than a pill."

White Rabbit Catering’s storefront is open from 7 a.m. to 2 p.m. to serve hot breakfast and lunch items, with event catering available. White Rabbit products, like medicated butters, cookies, and even bath bombs, can be purchased only from dispensaries. Follow White Rabbit on Facebook and Instagram for new product additions and for upcoming medicated tea parties and Mad Hatter-themed events.

A guide to safely ingesting edibles

Pay close attention to dosages. Just like with any medication, taking too much can cause adverse effects. Edibles can take up to two hours to kick in. Be patient.

It is not advised to drink alcohol—interactions of the two can cause nausea, vomiting, dizziness, and other symptoms—and remember to stay hydrated.

When taking for the first time, find a comfortable location and give yourself time to determine how it affects you. Every person metabolizes differently.

Ate too much? Don’t panic! Find a cozy spot to ride it out and drink plenty of water.

Preheat oven to 375 F. Lightly grease a baking sheet. Place carrots onto the baking sheet and add butter, garlic, Italian seasoning, medicated salt and pepper. Toss to combine. Arrange the carrots in a single layer. Wrap greens in foil to protect from burning. Place baking sheet into the oven. Bake until tender, about 35-40 minutes.

To release the THC from weed, it must be "decarbed," or heated. Here are directions for decarbing marijuana in its raw form. Or as Dartez likes to say, "Sous vide yo weed."

Heat water to 202 F. Break apart cannabis into small pieces and place in an air-tight glass jar or vacuum-sealed bag. Place jar or bag in water and leave it alone for an hour.

Remove jar/bag carefully. Cannabis should be dark brown in color. Let it chill.

Coarsely grind the cooled cannabis and store in an air-tight container for future use. Finer grind if using it in drinks or smoothies. Infuse oils by simmering on super-low heat for an hour, then strain.

Shelf life for decarbed cannabis is around two weeks.