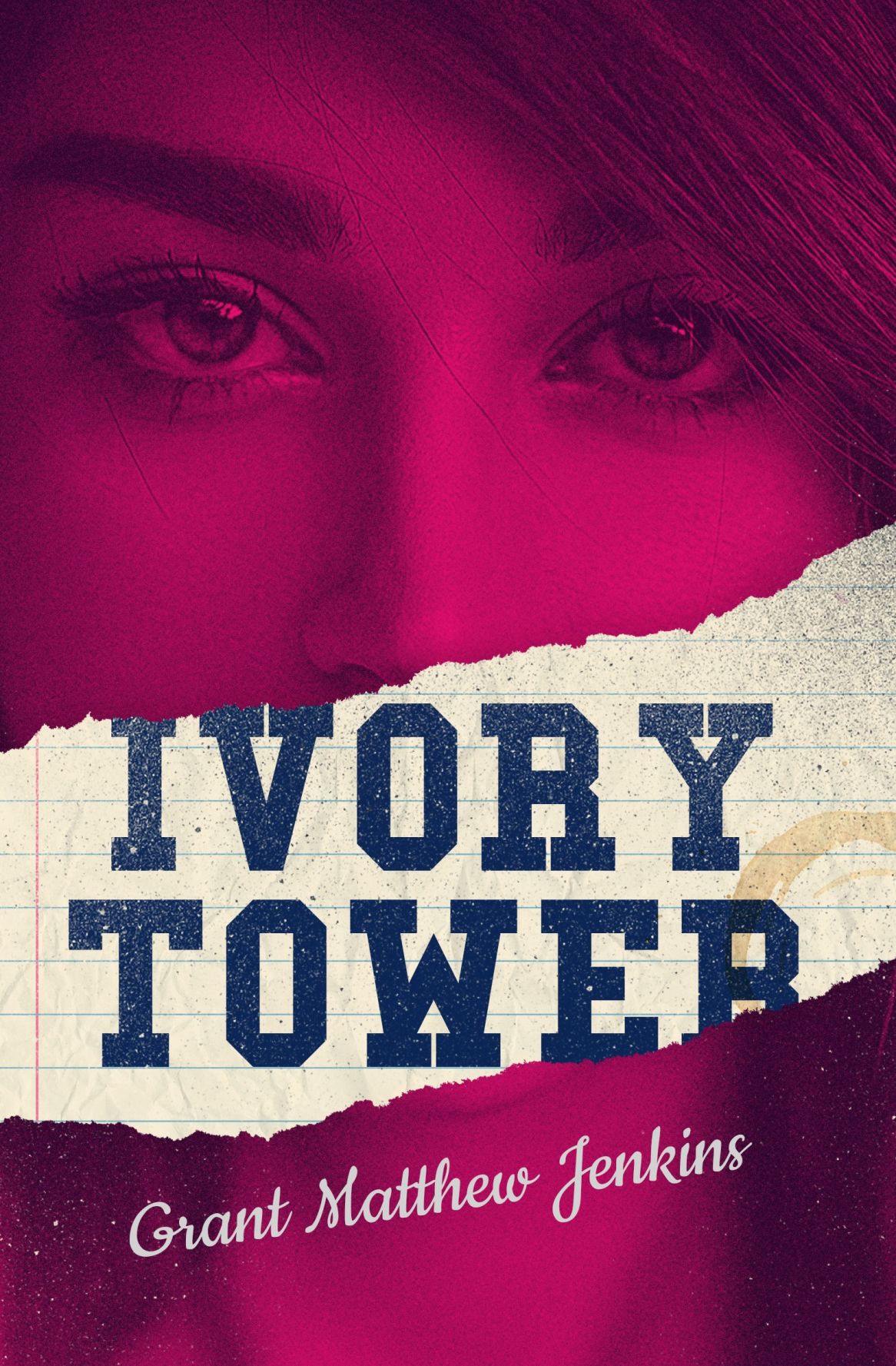 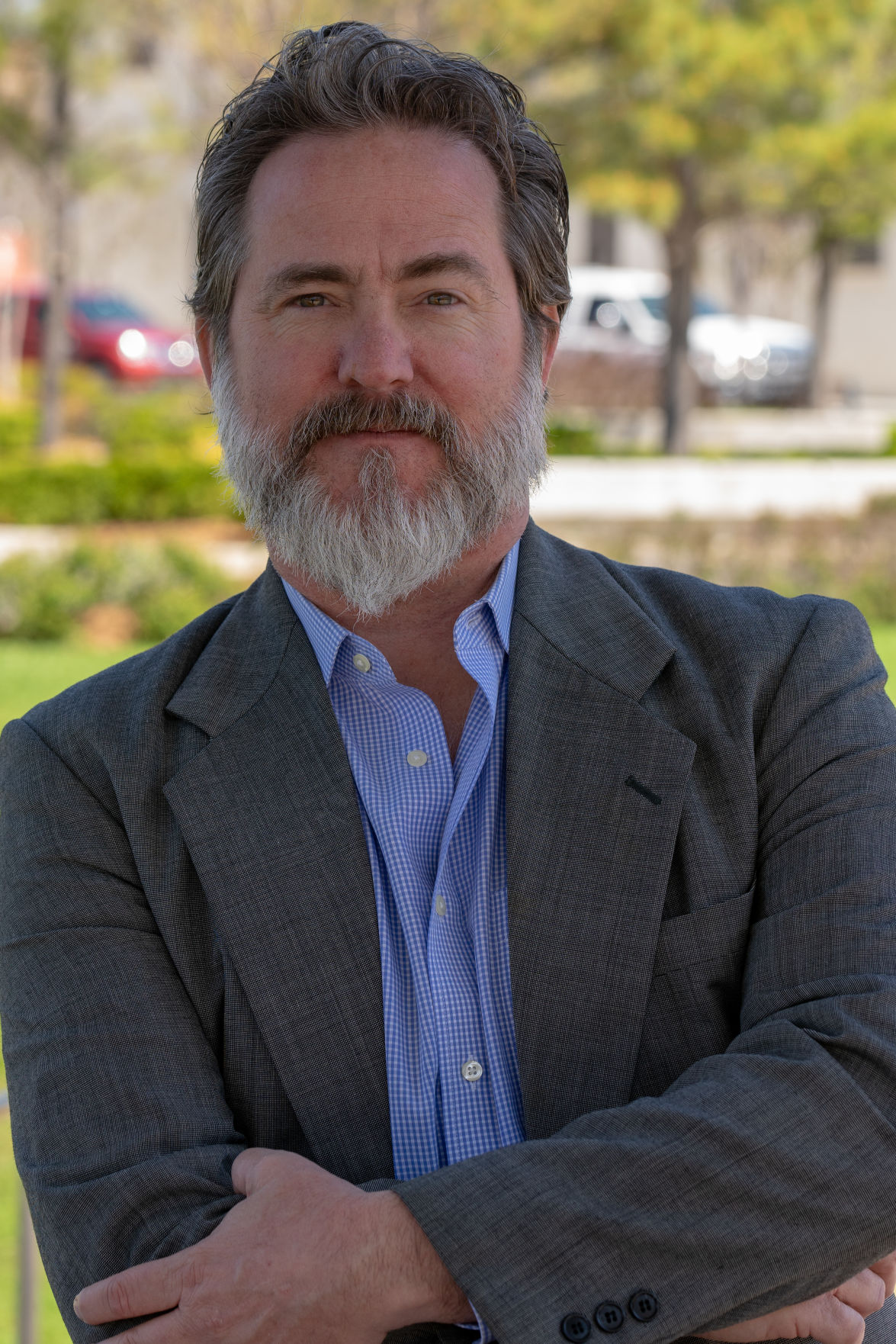 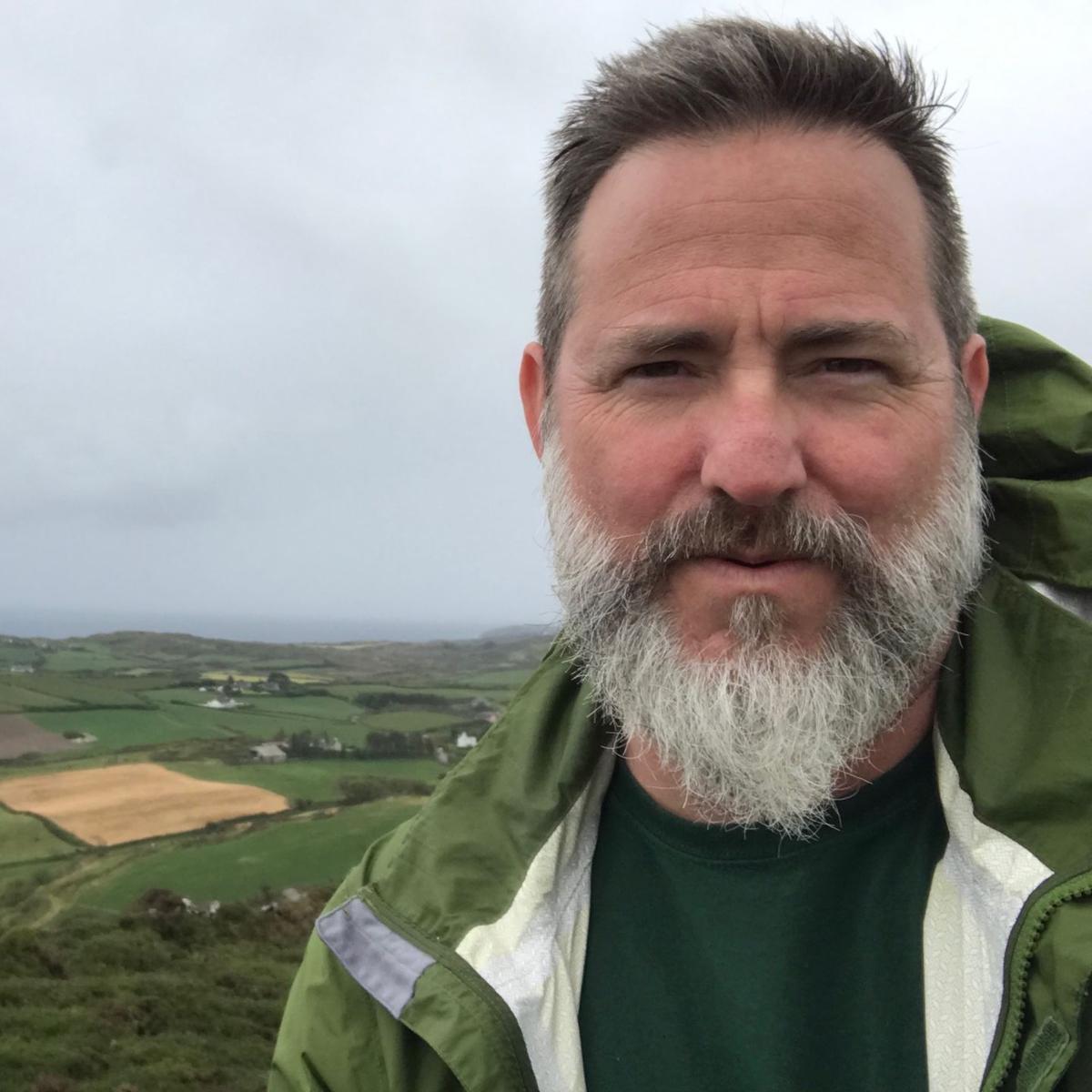 Grant Matthew Jenkins teaches creative writing, poetry and the occasional screenwriting class at The University of Tulsa. He is the author of two collections of poetry and an academic book on the ethics of American avant-garde poetry.

Jenkins has been working on his first novel since 2015, writing on trips to Ireland, between classes, and probably right beside you at one of his Tulsa haunts. "Ivory Tower" will be released January 2020 with a book launch event Jan. 9 at Magic City Books, 221 E. Archer St.

"Ivory Tower" deals with intrigue on campus, as protagonist Margolis Santos gets wrapped up in a scandal affecting her students and family. In this academic environment and at home, Jenkins highlights how the decisions adults make impact younger generations — for better or worse. This smoothly written and clever debut is culturally relevant and stylishly entertaining. Join Jenkins on Jan. 9 to enter this world, and find out below why he had to tell this story.

How did this idea come to you, and why did it stick around? In 1987, Southern Methodist University [SMU] received the dreaded “death penalty” from college sports’ governing body, the NCAA, for paying players on their football team. A related story, broken by radio sports journalist, Norm Hitzges of Dallas’ KLIF, accused SMU of paying co-eds to sleep with star recruits. I've always wondered why that wasn't the bigger story. The NCAA has recently agreed to let players get paid, which seems fair to me, but prostitution is actually illegal!

Since then, the questions have stuck with me, and I decided that fiction was the best way to explore why people on all sides — from the grown men who were pillars of society to the college-educated women — would get involved with such a scheme.

This novel largely takes place on campus, at an imagined “Athens University.” How much of the novel draws on real-world situations, or stories you’ve heard? And why imagine these fictional situations as today’s campus culture changing (such as confronting toxic masculinity)? Since the SMU case, many other scandals involving sexual exploitation or rape have been reported, investigated and prosecuted at many universities, including Louisville, Baylor, Stanford, Florida State, Ohio State, and many others, even my own home institution, the University of Tulsa.

In fact, these cases — perhaps because our culture is becoming less tolerant of toxic masculinity, as you say — seem to be happening more and more. After all, we elected a man who admitted to sexual assault as President of the United States. So, clearly, despite changes and advancements, we have not solved the problem.

I imagine my novel participating in the MeToo era, in part, by exposing all of the minor and seemingly innocuous little conversations that lead, bit by bit, to people making bad choices. And, honestly, it’s mostly men who still hold the beliefs that “boys will be boys” and that women are manipulatable for their gratification, especially those in the celebrity spotlight.

I took a film/screenwriting class with you at TU. Your protagonist, Margolis Santos, is a film professor, and the novel uses film cues as a literary device, which is something I enjoyed. At what stage did this stylistic choice enter the writing process? They’ve been in there from the very beginning because the book began as a pilot for a television series. Ivory Tower is just the first in a series of seasons where my protagonist solves crimes through documentary filmmaking. I kept in some of the lingo of filmmaking because, as “Publisher’s Weekly” review says, the “tricks enhance the characterization and plot as well as lend a pleasing rhythm to the book.” Sorry for the shameless plug.

Each section of the "Ivory Tower" is told in a different film genre or genres, genres that fit the action of that part of the story. For instance, the rape that occurs — not a spoiler, unfortunately — during a fraternity Halloween party is told in the form of a horror story. I thought a novel about a film professor would be enhanced by the form of the other medium, and these were some of my favorite parts to write, particularly the lectures on film that Margolis gives throughout the book.

The, let’s say, “antagonist” of "Ivory Tower" is the Athens U. administration and corrupt managers of the football program — did the recent True Commitment situation at TU influence the late stages of your writing, or did the timing simply coincide? It was just a coincidence, since I’ve been working on the novel for four years and TC was rashly conceived in less than one. But let me just say that the values motivating TC are not far from the values of my antagonists: Football trumps everything. To wit, TU cut 40% of its academic programs while leaving a money-losing and unpopular football program essentially untouched. The Provost used the excuse that “students vote with their feet” to justify many of the cuts, like to theater, but students are certainly voting with their feet and not attending home football games, yet that program was not cut, even though it is not an essential part of TU’s educational mission. Explain that rationale to me.

You’re also acting as your own manager following the book’s release. How does that work? My book was published by Atmosphere Press in Austin, Texas. They are a hybrid publishing firm that chooses projects selectively and provides editorial and design services, like a traditional publisher, but it charges for those services, like a self-publishing platform.

The upside is that this arrangement allows authors to retain all rights and net profits from their books; the downside is that you are your own marketing and sales force. Since this is my first novel, I’ve been learning a lot about how to promote books, and in the age of social media and crowdsourcing, it is easier than ever for writers to publish and get people around the world to read their books.

The book launch at Magic City Books is part of that marketing effort. Public readings and book signings are one of the best ways to get the word out about your work because readers like to interact with and ask questions of the writers they love. The Jan. 9 event is the first of several more Tulsa events, and then in the summer and fall, I will be taking Ivory Tower on tour, mainly to college campuses in the South with big-time football teams. Road trip anyone?

What’s your number one writing tip? A rule or habit that you wish each of your students would apply to their craft? Read more. Know the genre, style, and audience expectations of the kind of stories and poetry you want to write.

You’re a professor and academic, father, published poet, podcast host and bandmate with Sloan Davis [Your Drunken Uncle], and now a novelist — a modern renaissance man of Tulsa. What’s next for you? [Laughs.] No one has ever called me that! I like it. Tulsa is a renaissance city and a veritable petri dish for creativity, so I feel lucky to be here right now. Along with my three rock bands, I’m currently in the middle of a second scholarly book, have two poetry manuscripts I’m shopping around and have almost completed a draft of my second novel. I won’t say what it’s about exactly but will offer the hint that it retells the story of a famous film from the point of view of the femme fatale. More to come — stay tuned!