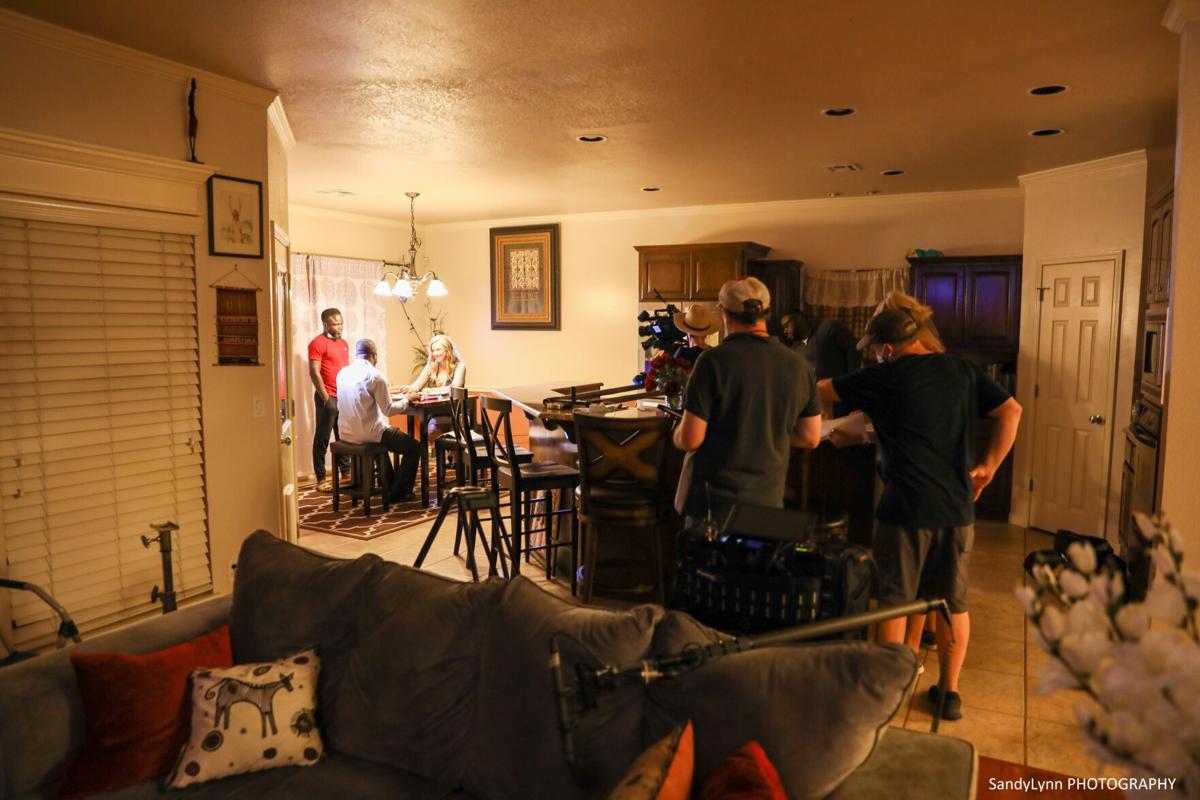 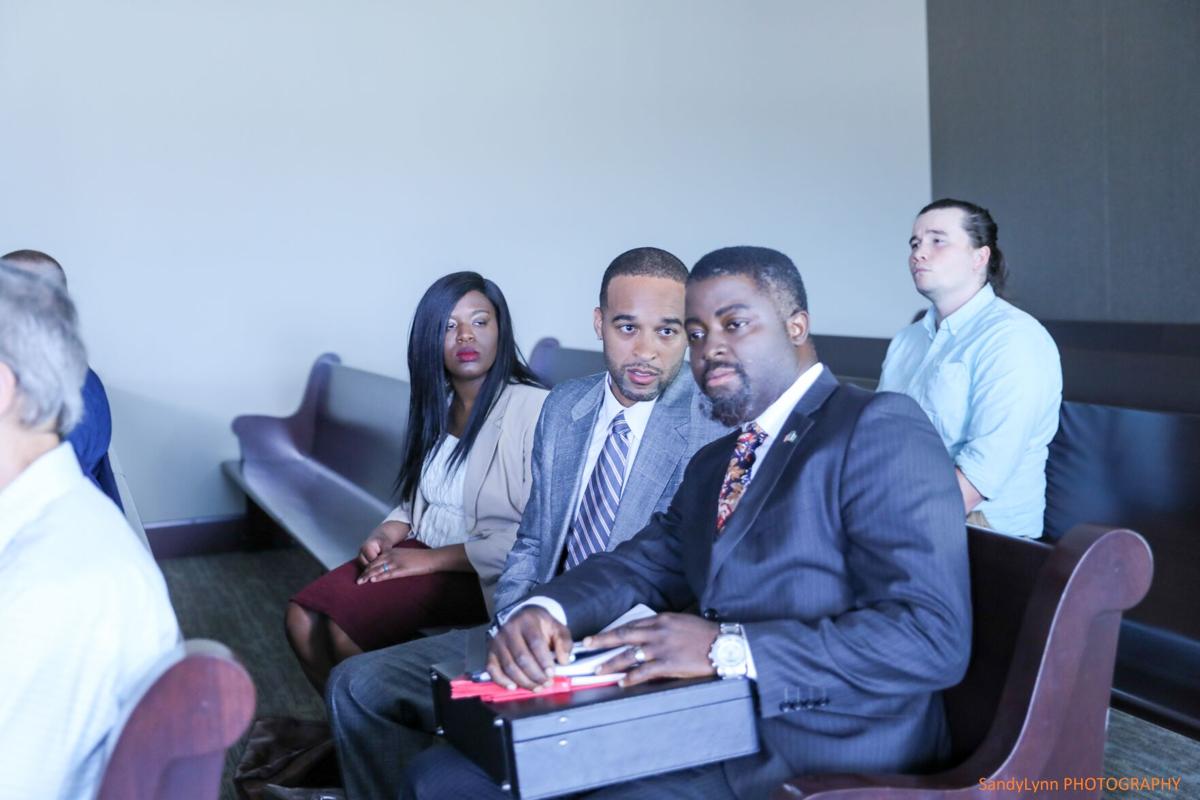 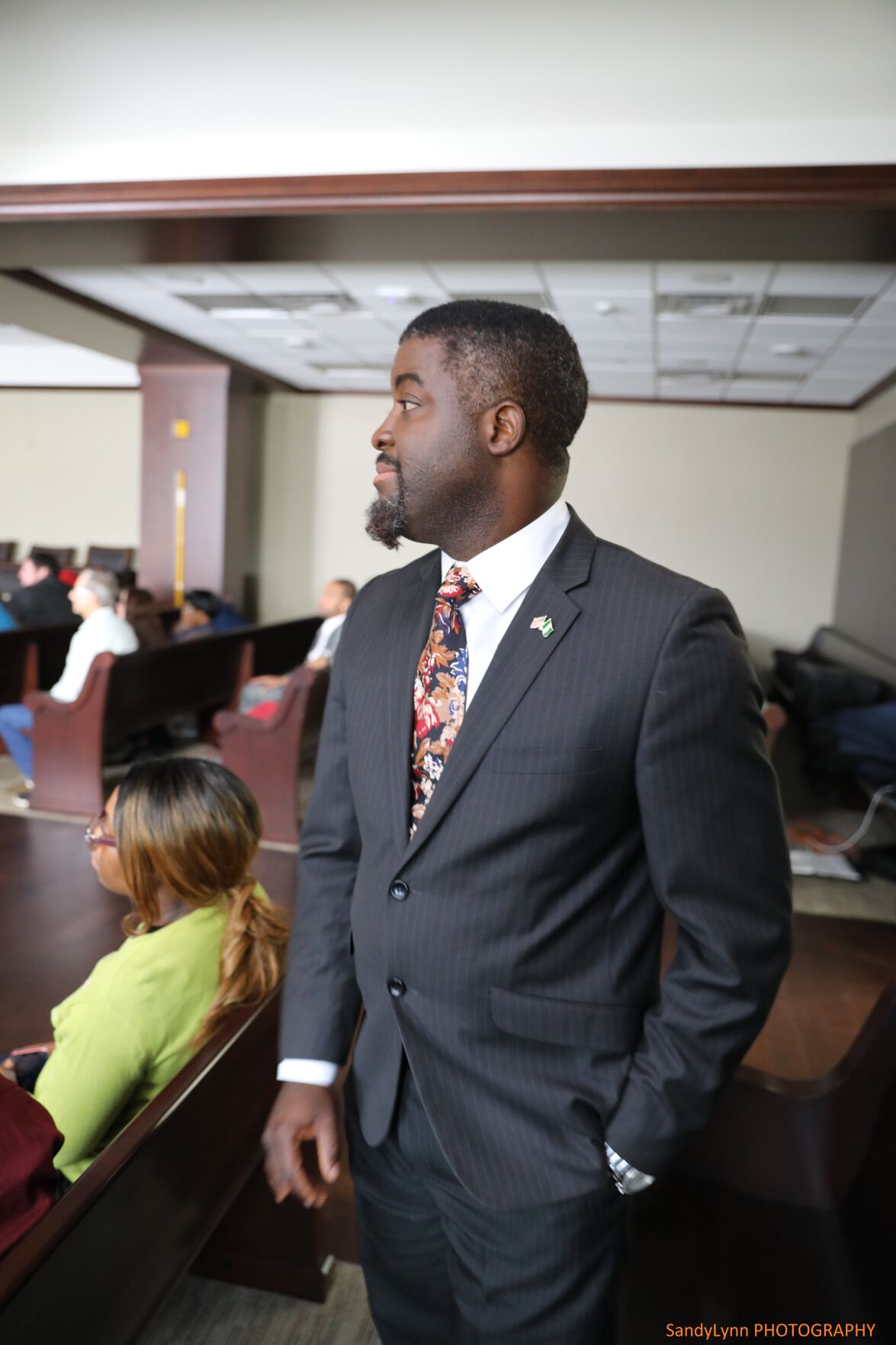 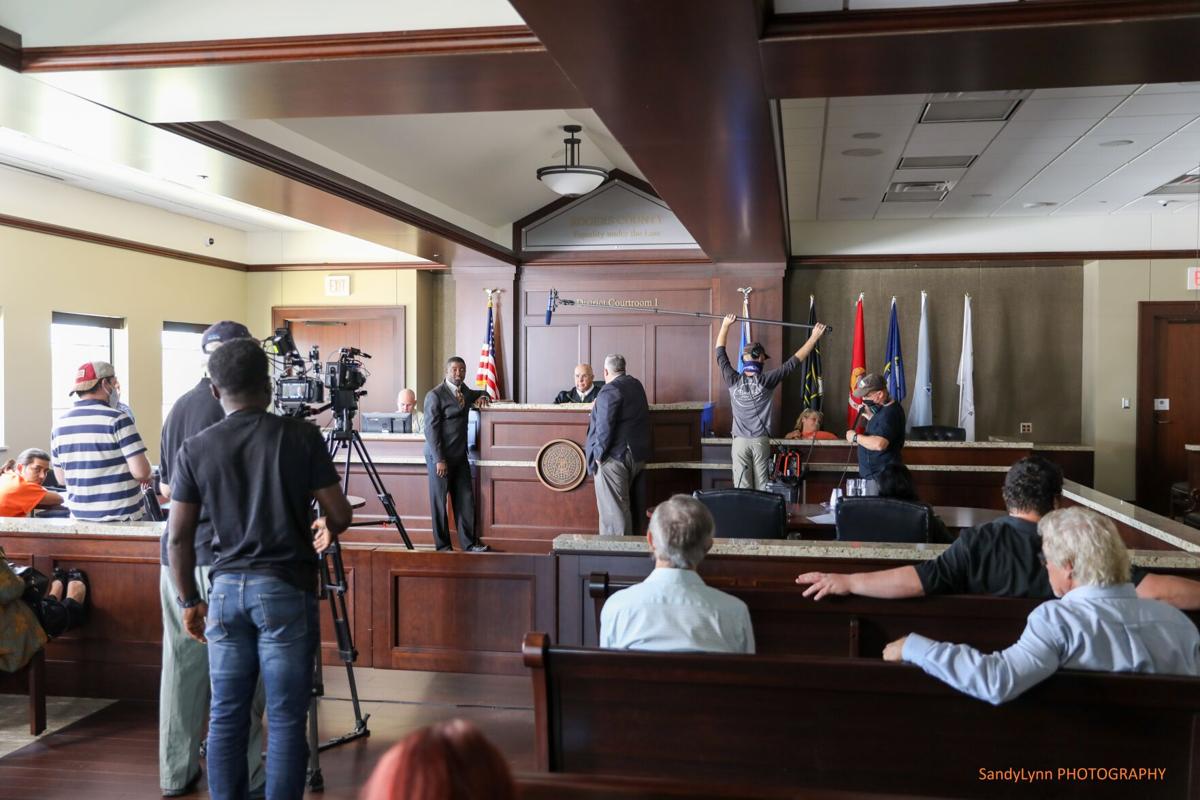 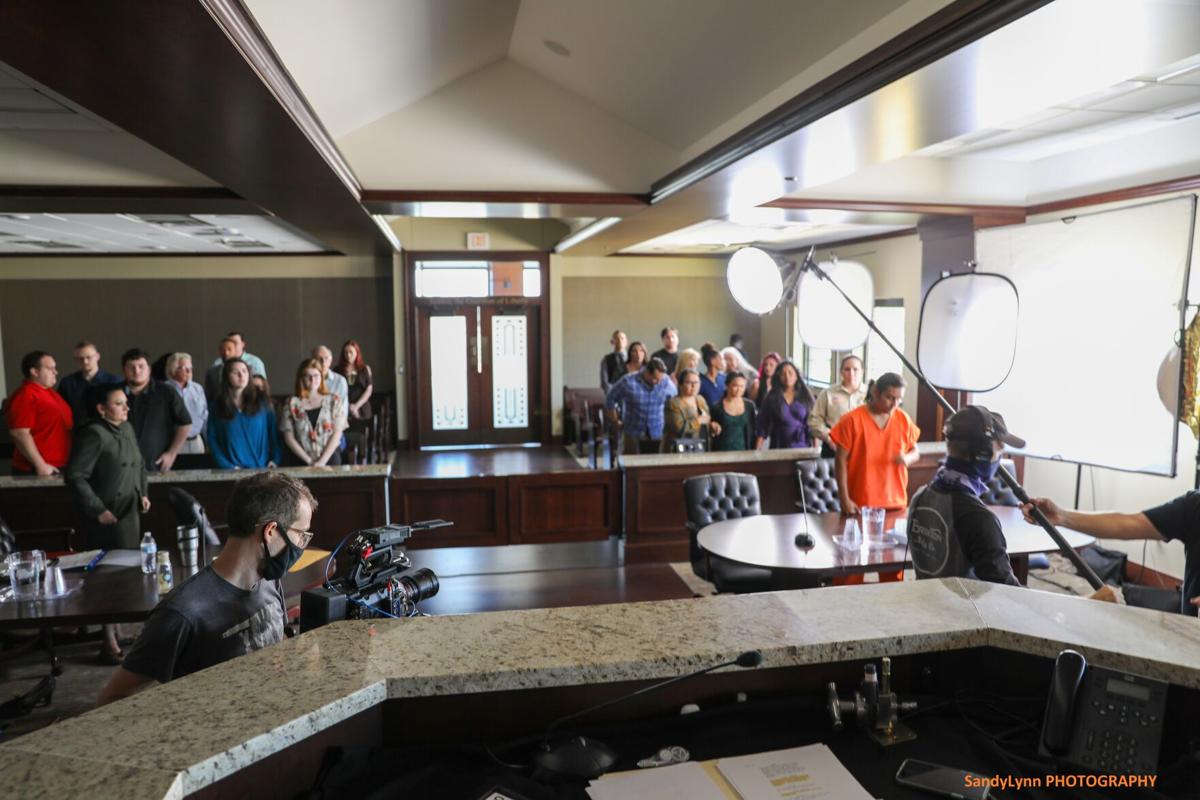 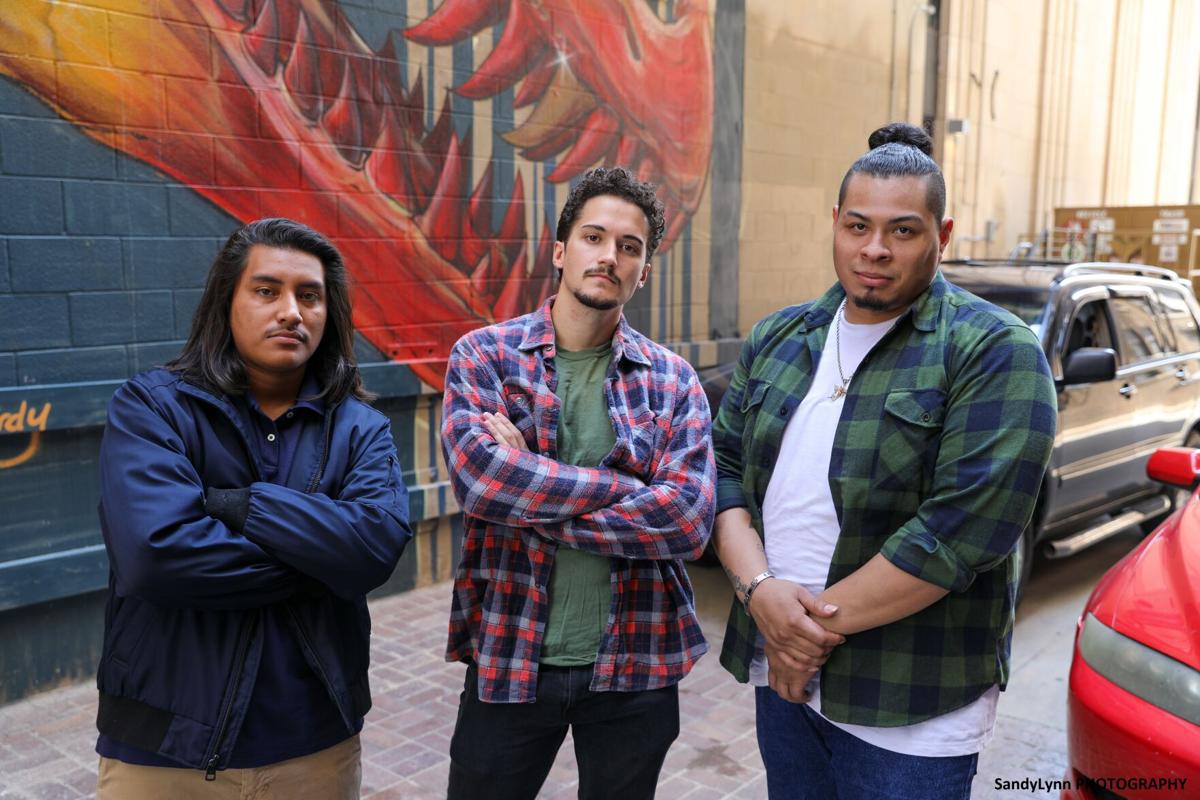 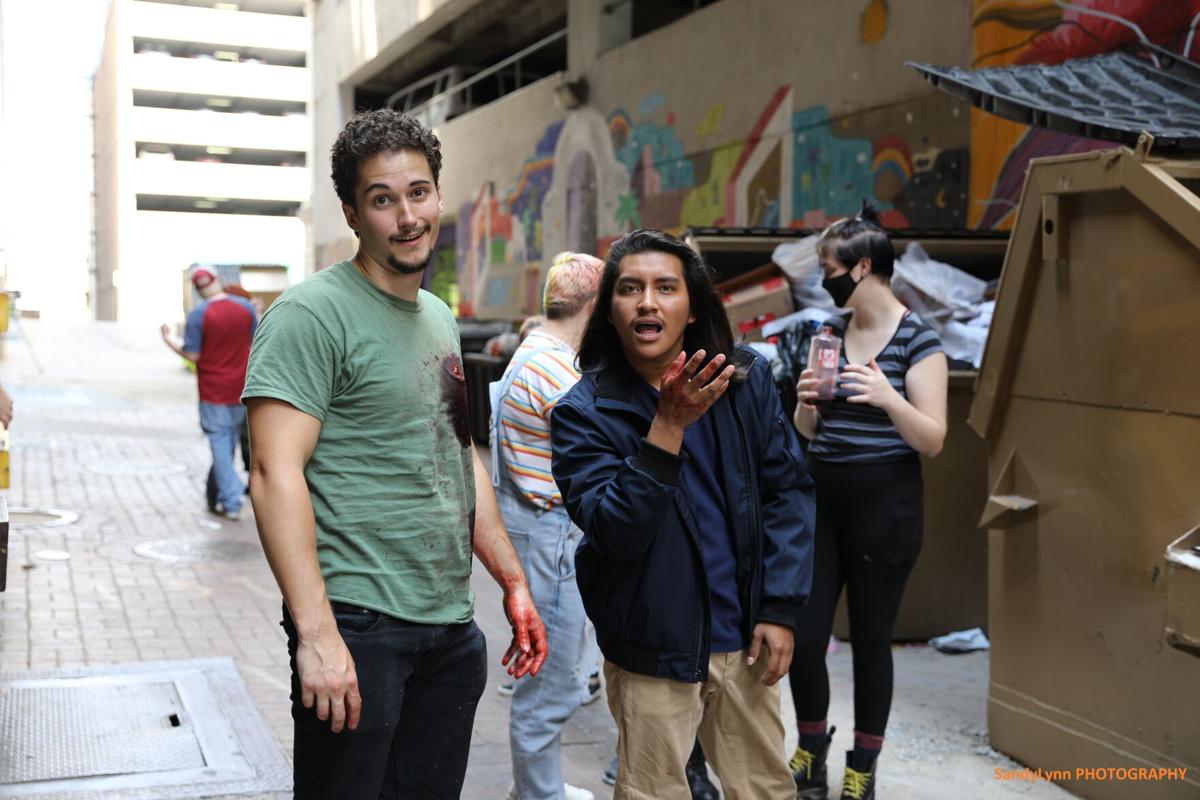 We caught up with producer Sam Ojo to hear about the film "Alejandro" which is a Tulsa based production with Tulsa actors and a Tulsa crew. Read the Q&A to hear about the difficulties of filming during the COVID-19 pandemic, local landmarks in the film and why Tulsans should be excited about all this!

What is your connection to the film "Alejandro?" My name is Sam Ojo and I am the producer of the Alejandro movie, the story of the movie is inspired by a true-life event which many of our audiences will relate with globally. My exceptional leaders in the crew during production were Emmanuel Ndejito, as director, Todd Roberts as DP, Bryce Riedesel as Gaffer and Mark Gullickson as the Assistant Director and Sound. They were all fantastic local talents.

Tell me about the film. It is a story about a wrongly accused man, a Mexican man called Alejandro. He is someone who is considered “a lesser man in the society” and about to be railroaded for the crime he didn’t commit, then another man – Lucas, who is not the most appropriate person but very savvy in the legal profession stepped in to represent him on a pro-bono. While Alejandro was grateful for being represented by Lucas, it was indeed an answer to Lucas ardent questions regardless of the outcome of the case.

What were some of the difficulties about shooting during COVID-19? COVID-19 was one big challenge, one talented actor that was first casted for Alejandro stepped down because of fear of contacting COVID19 on location. So, we had the safety of all our crew and casts as the main priority, we were able to mitigate that by developing a strong based SOP (Standard Operating Procedure) following FMAC and Oklahoma Film and Music. These agencies were able to partner with us to give adequate support, in fact, FMAC supplied and delivered some of the PPE we used on site. Thank you to FMAC.

Another challenge is the insufficient funds, we were constrained by it but were able to navigate through this challenge in center to give our audience the best quality production. But as a production company, we concentrated on the opportunity this project will give us, we are grateful for the community, town, and the city. Particularly, the city of Claremore for hosting us and allow us to use their facilities. We hope to see more partners in our future feature films.

Why should Tulsans be excited about "Alejandro?" Tulsan should be excited because this is purely Tulsan production, the talented casts, crew, and locations in the movie were 100% fully Tulsans. Tulsans should be proud that independent movie production companies in Tulsa can really compete with any production of highest technical quality globally.

The exceptional delivery of the actors was phenomenon. Tulsans will be proud of this production when it's fully ready to watch in the cinema. When people view good things about a place, they would want to visit, therefore, people around the world must know more about our beautiful city and come to visit our historical monuments, this will boost tourism and generate income for our city.

There are other things to expect from Tulsans and Okies in general, our objective is to continue to build positive contents around Tulsa and promote Tulsa in our own little way. This movie will be viewed by many audiences around the world, and Alejandro movie made references to Tulsa Oklahoma on many occasions. We expect that this will inspire many more people to start building positive contents for Tulsa on social media platform. This movie is going to be full of suspense, inspiring and emotional.

The inspiration comes from Psalm 121 – for I look up to the hills, from whence cometh my help, my help comes from the lord who made heaven and the earth, Alejandro help came from a total stranger.

Will we see any local landmarks in the film? Yes, in the movie, we filmed many local landmarks that we hope will attract and boost tourism. If you look at Alejandro Movie website, our welcome page centers around Tulsa landmarks, we have so many shots of Tulsa monumental places in the movie. I must add this, our primary objective is to be an agent of change, build positive media contents around Tulsa and we hope this will drive commerce, attract talents, and retain those talents in the city. We do not want to lose companies like WPX energy to neighboring cities, we want more companies to come to Tulsa. Before I moved to Tulsa from Salt Lake City, I researched about Tulsa, I wondered why Tulsa is not in the same league as other big cities – Houston as an example, based on the 1970s metrics! In Salt Lake City for example, many social media handles on this city are positive. This has also helped the tremendous influx of companies into that city. We need something like that here, we want Tesla, we want big companies to research Tulsa, then finds good stuff online about Tulsa and move their companies here for the benefit of the residents.

What inspired you about Tulsa that made you want to make the film here? Tulsa is a beautiful city that has not taken its place in the league of cities. The history and art here are phenomenon. The capacity from the people and talents are there, but less motivation to go all out to do exactly what we are doing. We want to build positive contents around Tulsa for different audiences. We want people to hear about Tulsa, we want Elon Musk, Larry Page, Larry Ellison and the likes of them to know more positive stuff about Tulsa , because when they know, it’s easier for them to be connected. We want businesses in Tulsa, we want investor in the city, and this is one little way to contribute to the growth of this beautiful city. We do not want our children to go to other cities, we want them to be able to have decent job and make a living here. We want to use our media platform to end the long stand dichotomy between races, leaving a better city for our children. We want to showcase the beautiful cultural heritage of Tulsa through our movie and further introduce Tulsa to the world.

Anything else you want to add? We hope that the city can partner with us, local business to sponsors this project, so we can give it the widest distribution globally. We are following other prosperous cities in this realm, where they use film makers skills to attract businesses, tourism, and talents to the state. We hope we will be able to make many more feature movies that centers around Tulsa in the nearest future. Also, grants to different independent film makers that will reach out to different audiences will help boost positive result in addition to the state’s rebate program. We want people to follow us on our Facebook for more update.