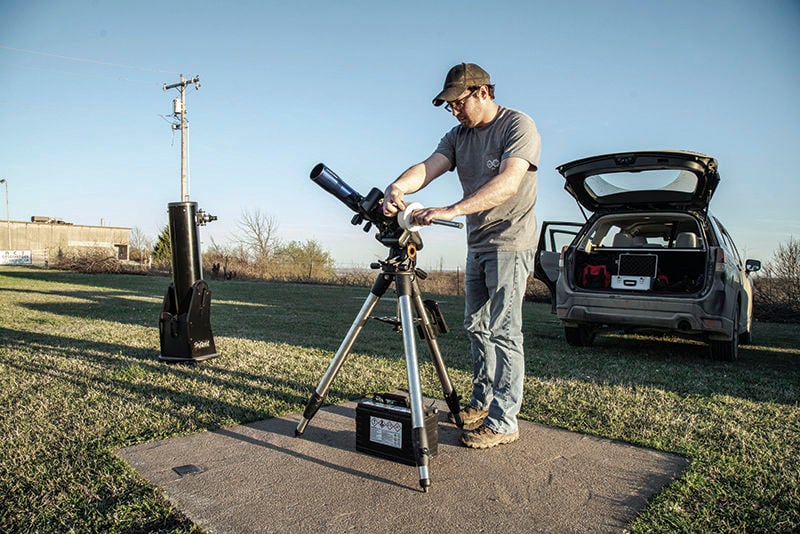 Adam Koloff sets up his gear for astrophotography. 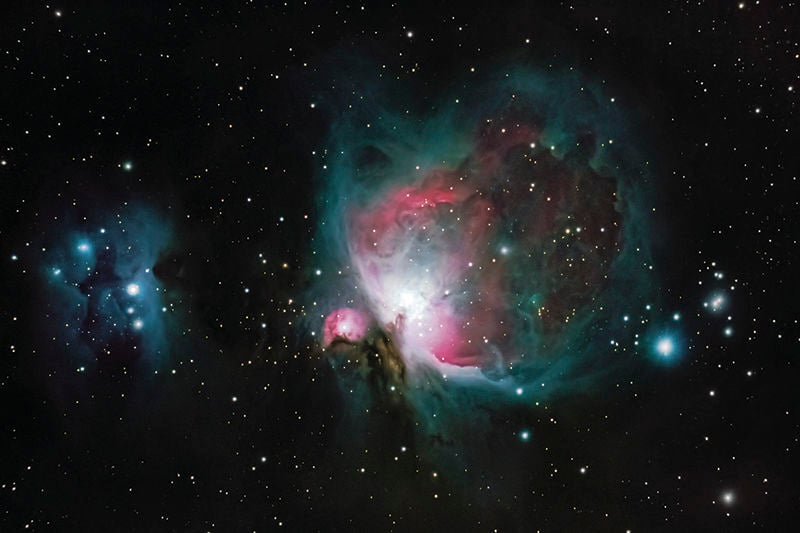 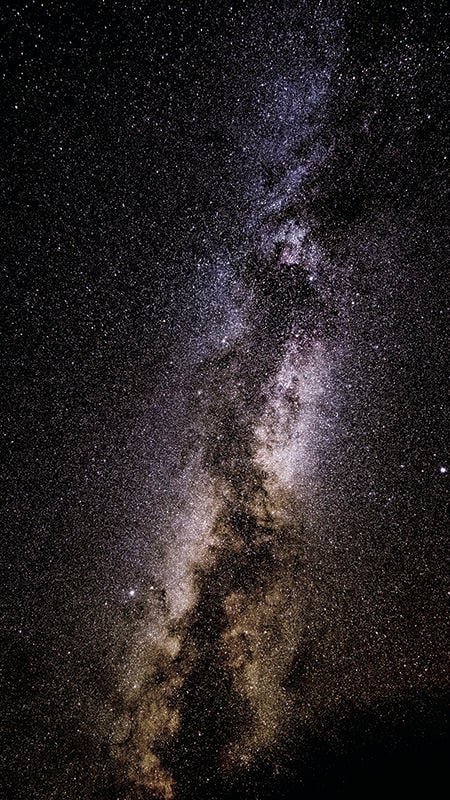 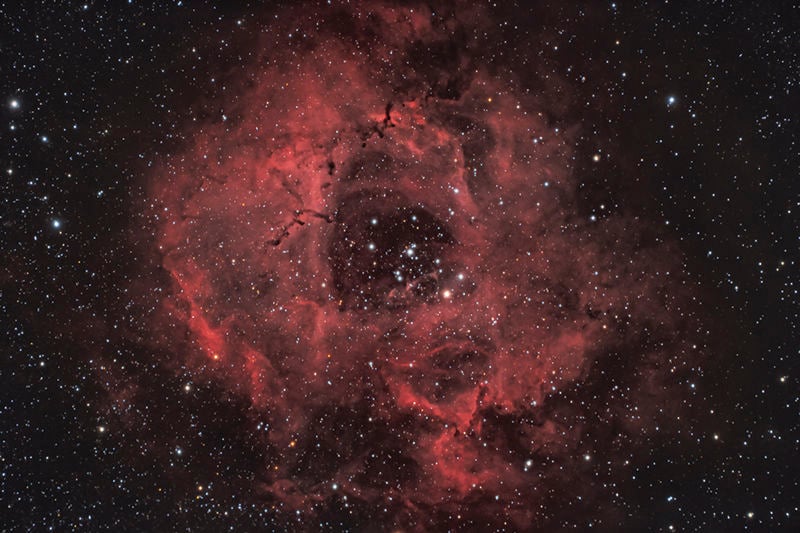 Adam Koloff sets up his gear for astrophotography.

For Daniel Smith it was the Hale-Bopp comet in 1997. For Adam Koloff it was a telescope awarded to his daughter as a Girl Scout prize. Whatever the gateway, astrophotographers are hooked on capturing the night sky.

“I’ve been interested in astronomy since I was about 10 in 1997 when comet Hale-Bopp was visible to the naked eye,” Smith says. He recalls studying the solar system in school and getting his first glimpse of Jupiter through a professor’s Dobsonian telescope in college.

Living in a light-polluted area, Smith didn’t give the night sky much thought until he moved to Seminole, Oklahoma, in 2008 and saw meteor showers light up the sky. “I was amazed at how dark it was at night,” he says. “I had a cheap pair of Bushnell binoculars that I started looking at the stars with.” In 2018 Smith moved to Chouteau, where he lives today.

For downtown Tulsa resident Koloff, his love of astrophotography began with a simple interest in astronomy two years ago. “My daughter got a little cheap telescope as a Girl Scout prize and used it for a while. It was fun, but I decided to buy one myself. I’ve been all in ever since,” says Koloff, who is passionate about shooting nebulae and galaxies.

For astrophotographers, as with most technical photographers, the gear is the grab. “I began looking at buying a telescope,” Smith says. “I settled on an Orion XT8, which is a Dobsonian reflector telescope. Reflectors use a parabolic mirror similar to the way a magnifying beauty mirror works. These types of telescopes are the best bang for your buck for beginners.” He figures he spent about $300 on his set-up. “I figured out how to use it on my own and through the Cloudy Nights online forum (which has been invaluable to me even now).”

Koloff and Smith are both members of Tulsa’s Astronomy Club and take advantage of the group’s observatory in Mounds, Oklahoma, where many of their photos are taken. The Tulsa Astronomy Club has been in operation over 50 years, connecting and educating astronomy enthusiasts. Both Koloff and Smith say they’ve found the connections and resources indispensable.

“That’s when astronomy sank its fangs into me and I was hooked — being out at night till 2-3 a.m. became a regular thing. Waking up for work the next day was more tortuous than normal,” says Smith, a full-time pastor at Parkview Missionary Baptist Church.

And that’s when he really caught the bug. “There’s this thing all amateur astronomers know about called ‘aperture fever,’” Smith says. “This happens when you realize that a larger telescope with more aperture (light gathering capability) will let you see more galaxies and nebulae and see them with better resolution. Aperture fever hit me only about three months after I got that first telescope.” Today Smith has six telescopes and four cameras. Smith and Koloff don’t have official websites; rather, they post on their personal Facebook pages and in photo groups on Facebook, like Oklahoma Snapshots.

Koloff says a decent DSLR camera, preferably with a tracking mount, and a willingness to learn editing software are all it takes to get started.

With research time on the front and editing at the end, Koloff says a lot of work goes into a single image. “I’d say it’s about four hours of work for one shot for me,” he says, adding up the time spent researching, setting up, getting the shot and editing.

Both agree, once you’ve seen the finished result the effort is more than worth it. “I can’t even express the pure joy the first time the camera finished the exposure on Orion, then the first time I got the stacking to work correctly and boom, there was M42 (the Orion Nebula) just sitting there on the screen,” Karloff says. “It’s fun seeing what turns out ... But it’s nice just being out there, doing your thing. Astronomy makes you feel small, but connected. It puts things in perspective.”

Smith agrees. “When you look at a star, nebula or galaxy through an eyepiece, you are literally capturing photons of light from that object with your eyes that your brain processes into an image. Astrophotography is much same, except you use a camera sensor to capture and record those photons of light so you can share it with the world.”