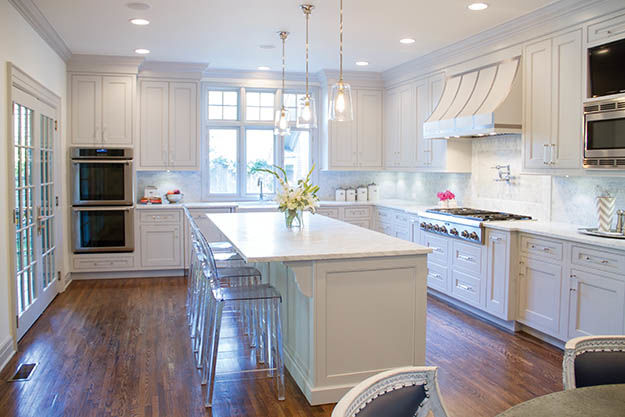 The final phase of renovation included converting the former kitchen space into a den and creating a kitchen at the back of the home. 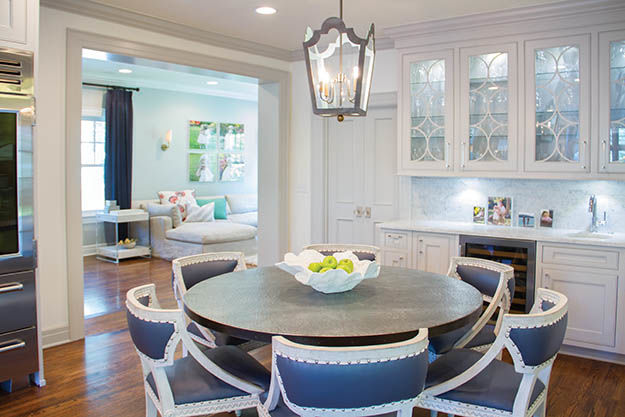 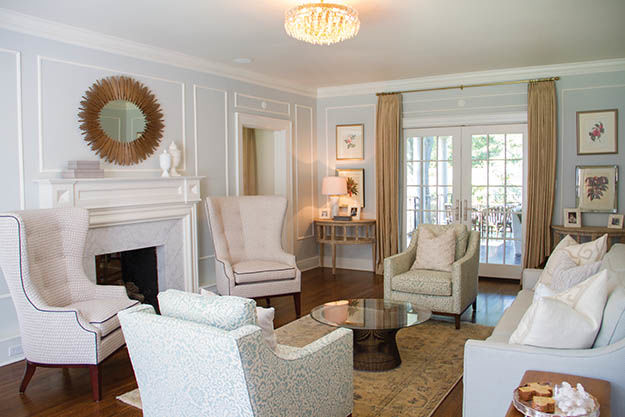 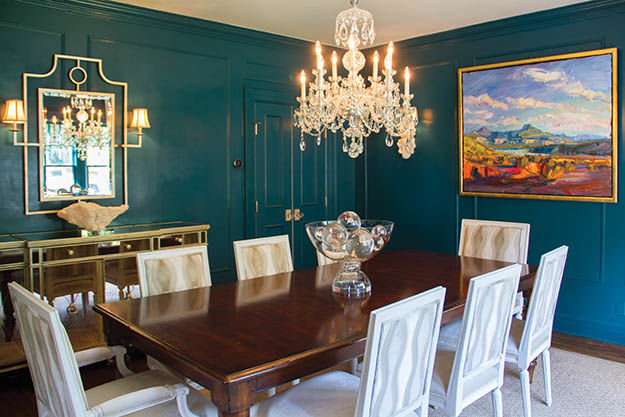 When Matthew and Lindsey Bristow purchased their dated Maple Ridge home, they knew little of the work ahead of them.

"We bought this house six and a half years ago," Lindsey Bristow says. "It was built in 1922. We had no idea what we were getting ourselves into."

But Bristow says she knew it was the right house. She grew up nearby, and the house had a familiar quality that instantly attracted her. They immediately embarked on renovations that touched just about every surface of the home.

"We are crazy enough we’ve lived through all three phases in the house," Bristow says. "The first phase, we went to England for two weeks thinking we’d come back and the bathroom would be done and the floors would be stained and we’ll miss most of it."

When they returned, they found "the ceiling had collapsed from the bathroom onto the entry floor and completely warped it, so nothing was done," Bristow says.

"Right away, we should have known this was not going to go as planned," she says. "That’s why I could never leave this place. There is a story behind every single thing in this house."

For example, the Bristows purchased a bevy of state-of-the-art kitchen appliances, including the increasingly popular steam oven, only to learn the natural gas line was too small to support the setup. As a remedy, they dug trenches under the street and through the front yard to reach the meter in a neighbor’s yard and replace the existing line.

Even with the unknowns and the concessions to fix or work around them, the Bristows ended up with a beautiful mix of Old World charm and contemporary good taste.

The first renovation phase involved some unglamorous but necessary modifications to bring the house into the modern age. They replaced the home’s original cloth wiring, installed new air conditioning units and refinished all of the hardwood floors. They also combined two small bathrooms upstairs to create a large one for their two children (and one on the way).

The second phase tackled the master bedroom, bathroom and closet and converted the third-floor attic into a casual, comfortable living space for the kids.

In the master bedroom, three boarded-up original windows were unveiled during a closet demolition. Pleasantly surprised, the Bristows reclaimed the square footage and natural light for a seating area in the room. Soft neutral colors give the master bedroom a relaxing, spa-like mood.

This feeling carries over into the new master bathroom. Dark Calacatta marble surrounds the jetted tub, tops the double-sink vanity and adorns the tiled shower with a frameless glass door. Gris Pulpis marble was used on the floor. Patterned metallic gold wallpaper brings some glitz to the space.

The final phase was the most extensive. The former kitchen space was converted to a den, and the kitchen was moved to the back of the house.

"When we bought this house, I had always rented apartments in Chicago and London," Bristow says. "I had never purchased anything that was meant to last. So, throughout the three phases my taste has evolved. Things I did in the first phase, I would never do now. But, definitely the third phase, the big one, I just wanted as much light as possible."

Two sets of French doors open from both the kitchen and formal living room onto the spacious new covered patio. The access creates a seamless flow between the home’s three main entertainment areas.

Architect Scott Ferguson worked closely with Lindsey on the outdoor living space and was also responsible for much of the interior architecture work.

Thanks to four heaters and three fans, the family uses the patio almost year-round. "One thing that Scott and I really worked on was making a vaulted ceiling," for the outdoor space, Bristow says. "That was not an easy thing to do in a 1920s home, but I really wanted to make it work."

The home’s curb appeal was also updated to bring back its original 1920s glory. The entire front porch was taken down.

"The whole façade was crumbling off," Bristow says. "So that was completely removed, and we added the covered front entry with brick columns."

They also added a new wrought iron railing on top of the porch and a brick half-wall at the front of the property near the sidewalk.

"In terms of it feeling modern, (we selected) furniture with lines that seemed to straddle between classic form and more modern form," Bean says. The wingback chairs in the formal living room are one example. They are traditional in form, but streamlined. "We did a lot of that in our design."

Bean also assisted with the richly-lacquered peacock blue dining room. New bright-white sconces create high contrast and a touch of drama, but they look original to the home. It’s a perfect marriage of traditional and contemporary design.