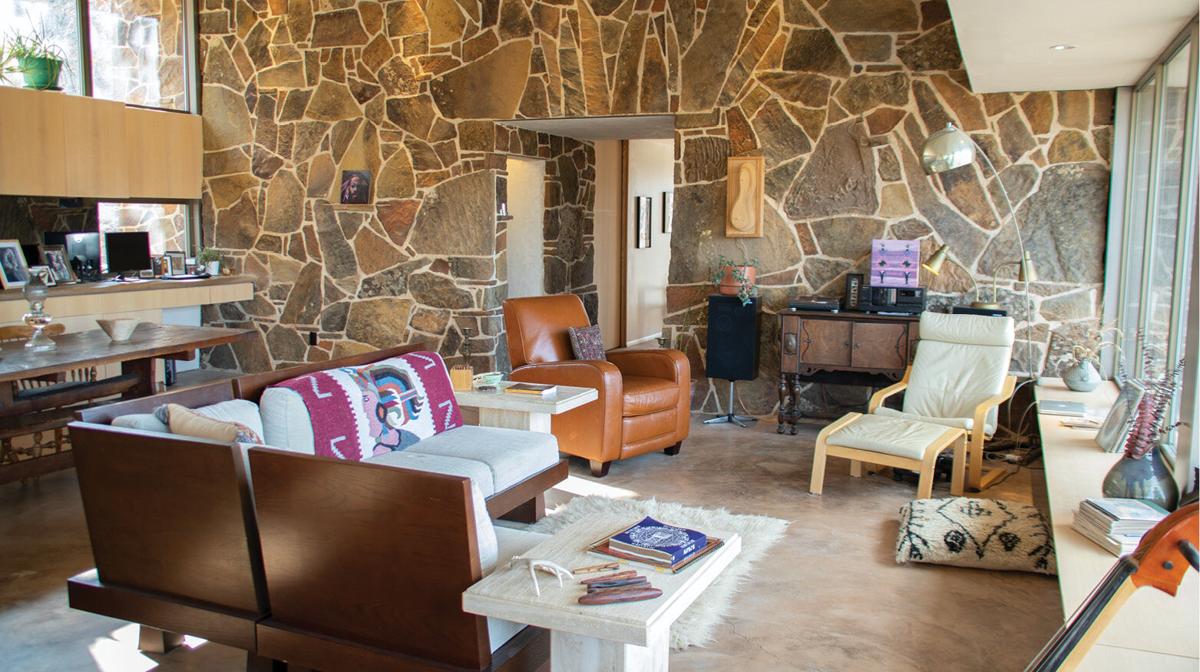 Having an open space was important for the couple so they could feel the landscape was almost part of the daily living experience. 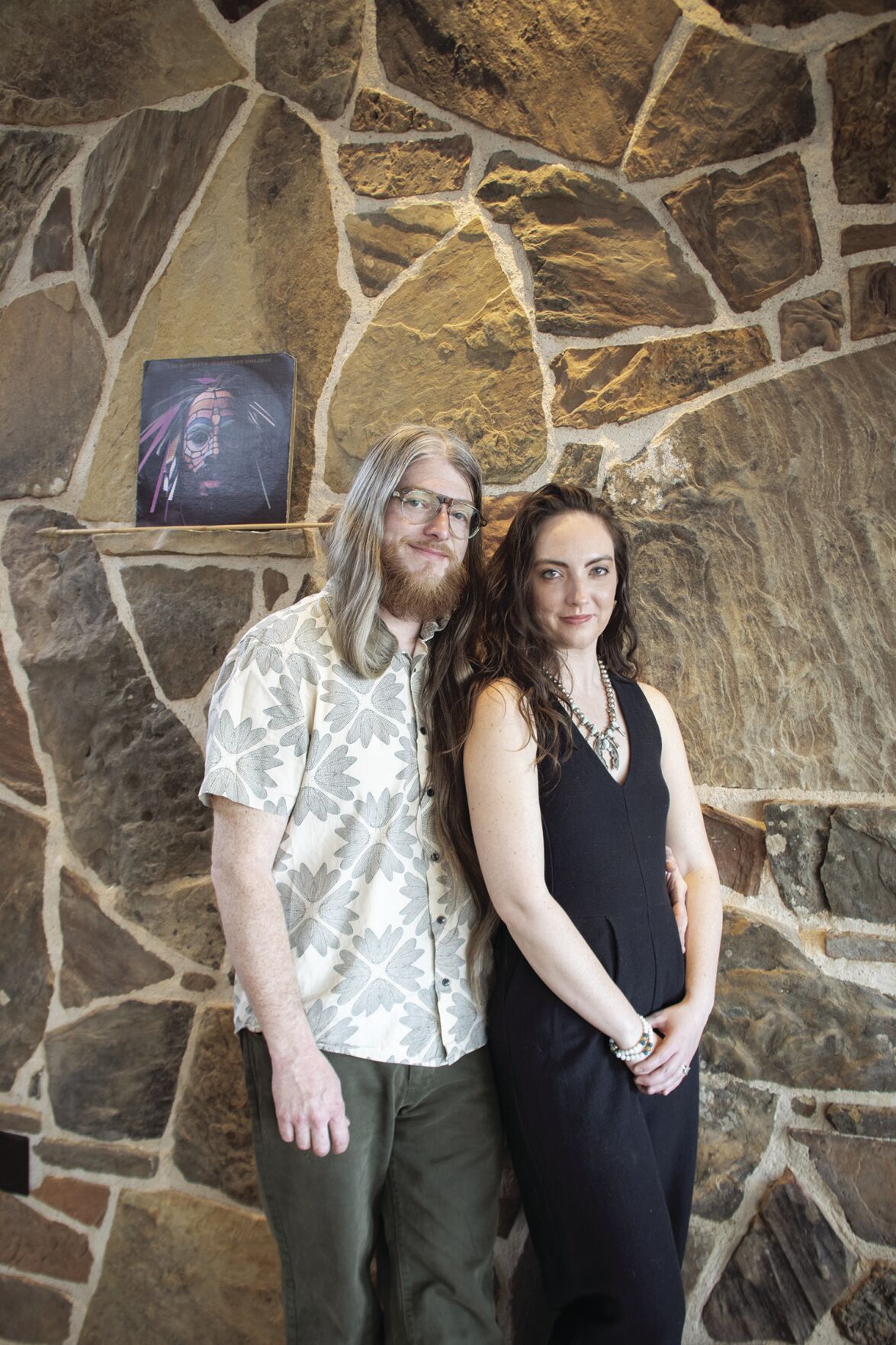 The story of Lindsey Neal and Mark Kuykendall’s home in the Osage Hills near Sand Springs began with a childhood friendship and flourished as a creative collaboration from the design and construction to its current incarnation as a music studio.

As music was the passion and profession of the two music producers — Lindsey also is a violinist and musician who works at Philbrook Museum of Art and Mark also is an audio engineer — the couple wanted a permanent space to create after years of making do in their midtown home’s garage.

“We couldn’t find something in town we really wanted — and we kept being drawn out into nature,” Mark says.

Lindsey thought of looking in a wooded area west of Tulsa that was already special to the couple. As children, Mark and his best friend, Caleb Reed, were homeschooled nearby and spent days roaming the hills and learning about science, nature and American Indian culture.

“And my sister had built a home in the area,” where she has spent many nights in songwriting sessions, Lindsey says. “I always associated that area with music and creativity, and I loved the winding roads. I loved coming here and Mark loved coming here. We kept being drawn out here.”

In 2013, they found a for-sale sign nailed to a tree on Wild Mountain Road. They called, and Doug Martin answered, later revealing it was part of an Osage allotment his family had owned for generations. He had named the road.

“He turned out to be one of the most magical people we’ve ever met,” Lindsey says. “We came out and he hiked us up and down the hills. He had designed the neighborhood to be spaced out with a couple of acres in between each home, and there were covenants that you had to build something custom.”

He showed them his own home nearby, introduced them to his wife, Marie, and they gathered at a striking hand-crafted dining room table. He died before the Kuykendalls finalized the purchase in January 2017, but they felt meeting the couple was serendipitous.

“It wasn’t just buying some land from a developer. This was connected to our souls in an intimate, inspiring way,” Lindsey says. “When his wife wanted to move after he died, she offered to sell us that beautiful table, which we now have in our home.”

When they were ready to start the project, Mark called on his old friend Reed, who was working at a design-build firm as an architectural builder and designer.

“We always built things as kids, building huts and forts in the woods,” Mark says. “So we asked if he wanted to split some land.”

Reed had worked with Architectural Designer Rachel Shillander in Los Angeles and knew she would understand the Kuykendalls’ vision. They all playfully call the style and palette “Oklahoma Tattoine,” after Luke Skywalker’s sparse and earthy desert-filled home planet in “Star Wars.”

“When we would drive around the area and see all the barns and the natural resources, we knew we should use that as inspiration,” Reed says. “Mark, Lindsey and I gathered a lot of stone in the area over months — and that became the core of the house, this huge mass of stone that anchors it and frames the view.”

“Since they were musicians, it was really important for them to have a studio space, so Caleb did all the research about size, proportion and the volume of what that studio needed to be,” Shillander says. “That was the most important part of the house.”

After the Kuykendalls moved into the 2,300-square foot home on New Year’s Eve 2018, they began to host large musician groups once a month called the “Singers’ Room,” where singers and musicians could collaborate, have a meal and enjoy being creative near nature, but still be close to the city.

The studio — now called Wild Mountain Studios — has plenty of space to work on recordings for their experimental music label that creates music for film and other projects with more than 50 artists around the world. It is a separate structure from the house as the studio needs good “bolt range” for sound, audio and mastering purposes.

“We wanted this to be a haven for musicians,” Mark says, adding that pre-pandemic, they hosted several artists while in recording sessions.

“We are so happy we stayed in Tulsa,” says Lindsey, who considered moving to Los Angeles with Mark for music and career purposes but ultimately stayed because of family and the ability to build something here they could have never afforded in California. “The prices are still livable here, and it’s a great place to be. We want to encourage other people to stay here and help make it a great artistic community.”