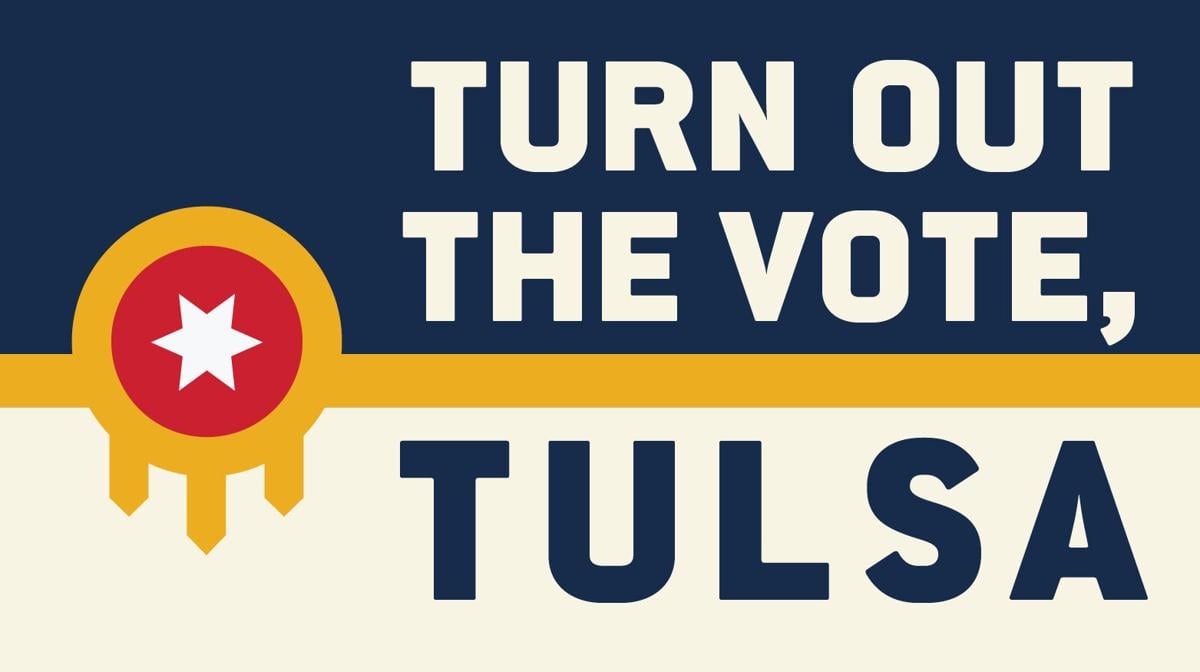 On Nov. 3, registered voters can help dictate the future of our community, state and country by voting.

If you’re a Democrat, you might be thinking, “Why should I vote? Oklahoma always goes red when voting for the president.”

Although that’s typically true, according to the Pew Research Center, Oklahoma ranked 39th among the 50 states and the District of Columbia on a scale that looks at voter participation, per capita political contributions, civics education and voter accessibility in the 2016 election cycle. Also, there’s more than the presidential race on the ballot this November, such as the race for a U.S. Senate seat and the District 1 House race. There are also state races and multiple Tulsa City Council run-offs.

According to the Census Bureau, 21% of Oklahomans between 18 and 24 voted in November 2018 general elections that included the governor’s race, a U.S. House race and other state and local races. In the 25-34 age group, 38% of people voted. Forty percent of voters took part in the 35-44 age group, and 53% of those 45-64 voted. Of those 65 and older, 64% voted. It resulted in Oklahoma finishing in the bottom 10 of voter participation.

So what would happen if everyone who is old enough registered to vote and then went to the polls or mailed in a ballot? We don’t know, but wouldn’t it be fun to find out?

Tulsa County’s population is 651,552, with nearly 430,000 old enough to vote. According to the state election board, there are 345,387 registered voters in Tulsa County as of January. That’s nearly 85,000 potential voters out there unregistered.

If you have not registered to vote you can do so by Oct. 9 to participate in the Nov. 3 election. Visit ok.gov/elections, which will take you to the election board’s voter portal. There, find your polling place or request an absentee ballot.

According to the election board, the final day to request an absentee ballot is Oct. 27. If you are voting by mail, make sure you follow all the instructions, including that the ballot must be received by election day. The U.S. Postal Service suggests voters who mail a ballot do so at least a week early, which means one needs to request their ballot well before the Oct. 27 deadline to receive it, vote, mail it and have that vote counted.

If a voter requests an absentee ballot, but does not mail it in time, one can still participate at their polling place by requesting an affidavit from a precinct worker.

As we’ve seen in the past, we allow a small percentage of the voting population to dictate who leads our community, state and nation. We want to see that number grow, and we want you to help us.

Special thanks to local artists Joseph Banuelos, Sarah Sullivan, Alexander Tamahn and May Yang for collaborating on this project. Click their name to learn more about their design and print your own copy.

Whether sharing the posters or celebrating you voted, let us know by tagging your post with #TulsaPeopleVote2020.