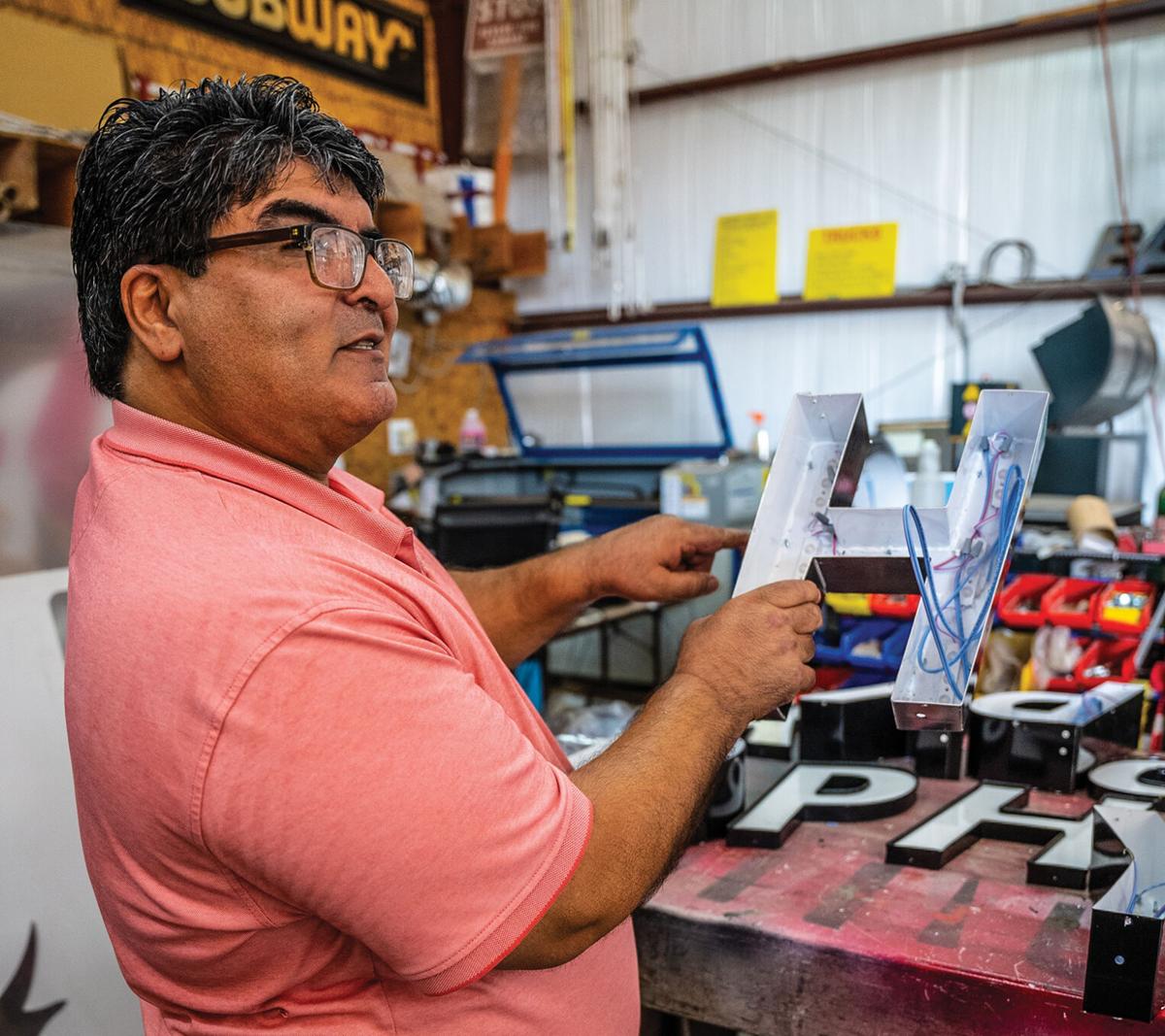 Moe Shoeleh shows the interworkings of an LED letter manufactured by Sign World of Tulsa. 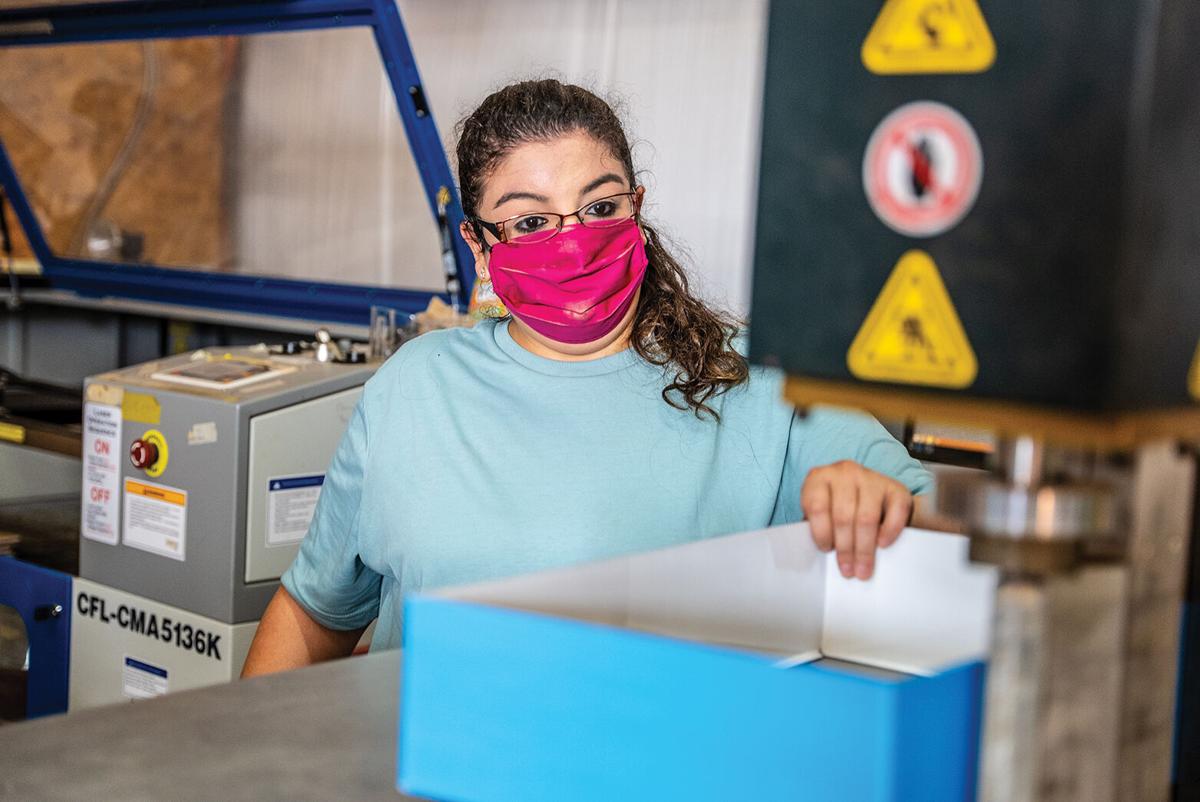 Afton Shoeleh guides a channel letter through the bending machine. 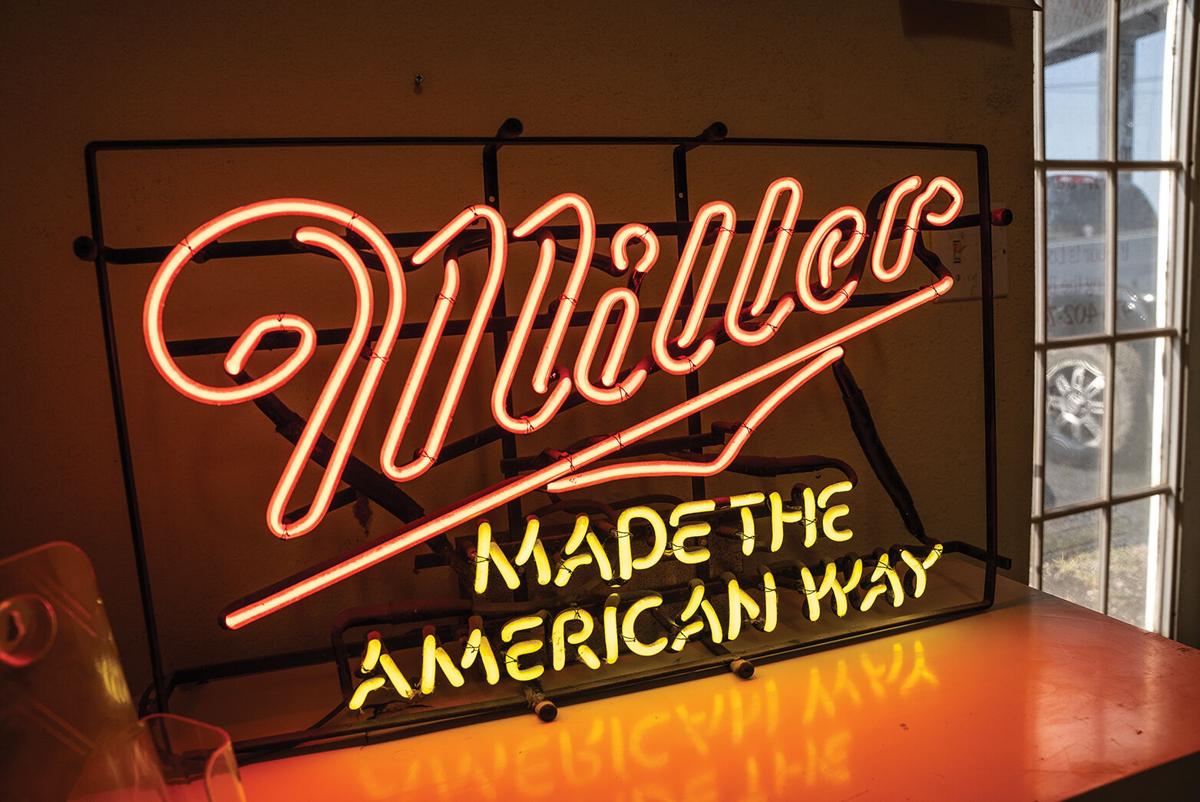 One of many neon signs repaired by Sign World.

Moe Shoeleh shows the interworkings of an LED letter manufactured by Sign World of Tulsa.

Afton Shoeleh guides a channel letter through the bending machine.

One of many neon signs repaired by Sign World.

Graphic artist Moe Shoeleh and his wife, Trish, launched Sign World in Tulsa in 1995 making small vinyl signs. They had $640 to their name and a credit card.

Then Moe went to Iran to care for his sick father until his death. “While I was taking care of my dad, (Trish) would call me say, ‘Hey, how do you do this?’ and I would walk her through and she would make the signs,” Moe recalls.

Twenty-six years later, their signs — vinyl, LED and neon — are all over Tulsa and the state.

Moe and Trish Shoeleh have operated Sign World of Tulsa for 26 years. Prior to that, they owned Rugs of Persia at East 35th Street and South Harvard Avenue.

Although Sign World is located at 4121 E. Rogers Blvd. in Skiatook, most of its business is in Tulsa. It also does work in other cities and states within a few hours’ drive.

Capital Neon’s equipment, including its fleet of cranes for sign installation. “There are only two other companies in town that have a truck that size,” Moe says, pointing outside. “It can pick up 17 tons, which is a nice-sized tractor.”

it’s all in the process

The shop specializes in LED channel letters and wholesales them to other sign companies. A machine bends the frame of each channel letter before employees add backing, lighting and covers. Letters are sealed with silicone to prevent light leakage.

“We can bend three to five letters in 15 minutes, depending on size and style,” Moe says. “We used to do one or two per hour by hand in the old days.”

Jim Matchen is their “neon guy” who bends neon from his Tulsa garage at age 78. But “most people are not really willing to pay for neon unless they’re on Route 66,” says Moe, who estimates 90% of his lighted sign work is LED.

Tulsa’s Route 66 Neon Sign Grant, a program of the City of Tulsa and Route 66 Commission, made possible Sign World’s 2020 refurbishment of the curved Day and Nite Rugs sign at 1012 S. Elgin Ave. Another Day and Nite sign at its shop is awaiting grant money.

The shop also removes signs from closing businesses, which sometimes want it done quietly overnight. “We get to see people’s big dreams, and then we sometimes see them crushed,” Trish says. “It can be really sad.”

The Shoelehs’ daughter, Afton, is one of seven employees and their only child of three to work in the family business. She hopes to continue it with her husband, Hammy, an electrical engineer.

Moe came to the United States from Iran at age 14 with his older brother. “(Moe) is Sign World. It’s not all these signs,” Trish says. “I’m really proud of him.”