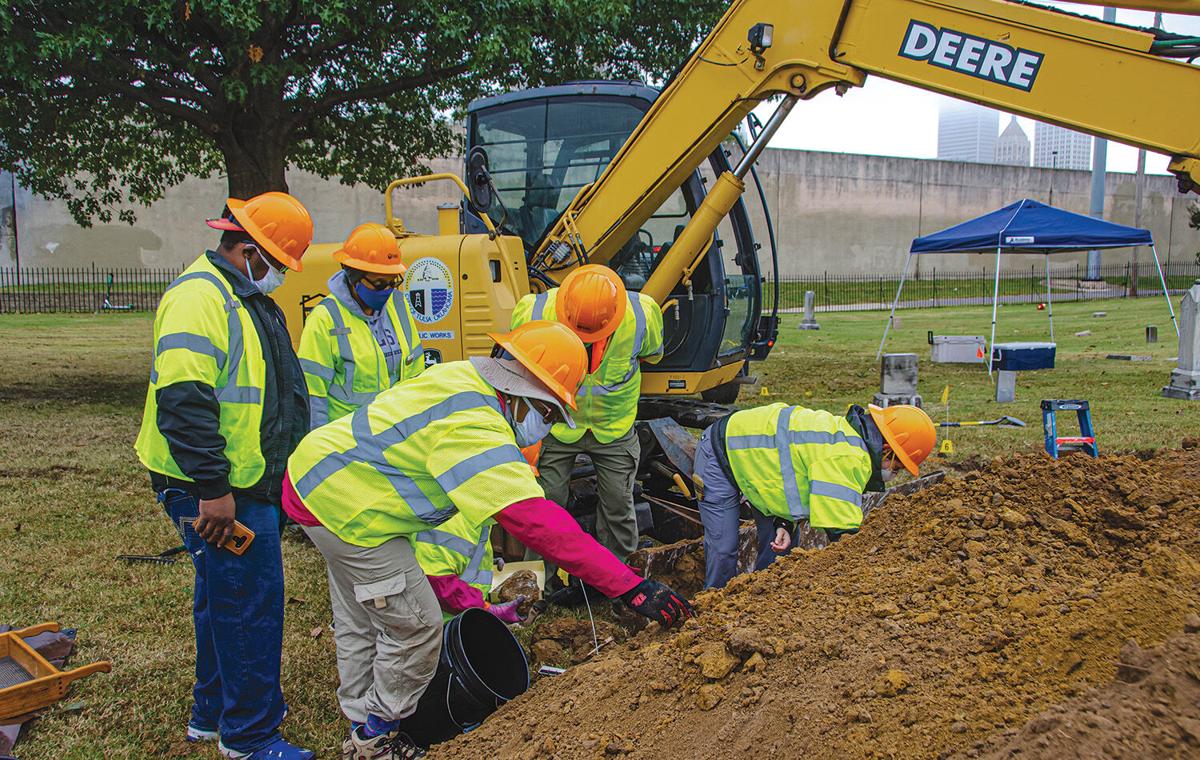 Kavin Ross, left, who is chairman of the 1921 Mass Graves Public Oversight Committee, and members of the committee and excavation team supervise the test excavation of the “Original 18” area of Oaklawn Cemetery on Oct. 20, 2020. Based on the initial findings of at least 12 coffins buried in an unmarked mass grave, the team is planning a full excavation of the site, possibly in June. 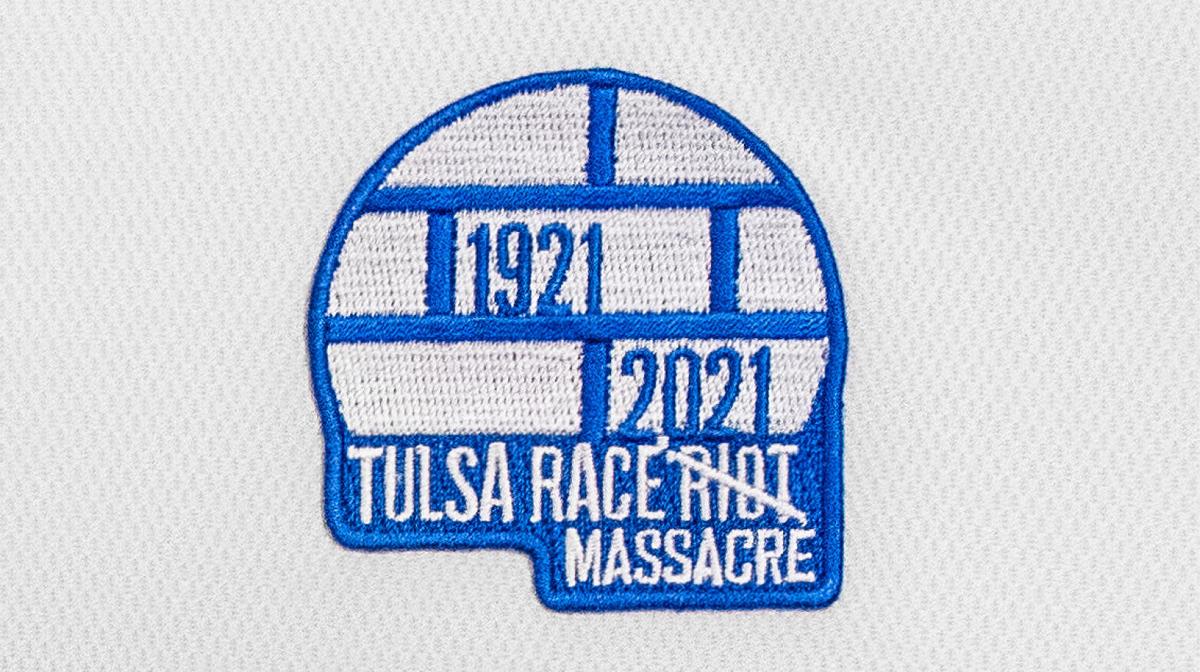 ‘The right side of history’

“After 100 years of social injustice, here is our chance, on our watch, to right a wrong. While we attempt to repair a trust that was broken a century ago by Tulsa’s homegrown terrorists, the world is watching our every movement as we go through this unique process.

There are Tulsans today who desire to do the right thing for those who were massacred, for those who were not given proper burial rights, and for the most part, for those who were disposed of like common urban trash in the summer of 1921. As chairman, I’m even willing to extend an olive branch to the owners of the Rolling Oak Memorial Gardens cemetery, who own the forgotten, desecrated and suspected gravesite.

Together we can talk this process out and have a proper investigation. There is no room for the blame game 100 years later. In my family, we practiced not focusing on who messed up. Instead, we focus on how to solve the problem so that we won’t repeat problem. So Tulsa, let us all evolve and move forward. By working together, we all can be on the right side of history ... this time.”

— Kavin Ross, chairman of the 1921 Mass Graves Public Oversight Committee, on the City of Tulsa’s continued requests to conduct geophysical scanning in the privately owned Rolling Oaks Memorial Gardens, 4300 E. 91st St., which has been identified by the Committee as another possible location for mass graves.

Tulsans can participate in the City of Tulsa’s “virtual creek cleanup” April 10-24 by registering at tulsastreams.com. Team leaders can choose the date, time and location of their cleanup from a list of 20 locations. If necessary, trash bags, safety vests, disposable gloves and trash grabbers can be provided while supplies last by calling 918-591-4325. Volunteers will receive a T-shirt when supplies are returned.

Changing of the garb

The Tulsa Drillers, in conjunction with the 1921 Tulsa Race Massacre Centennial Commission, have announced plans to wear a special patch in May 2021 to raise awareness and encourage Drillers fans to educate themselves about the Massacre while honoring victims and their families.

The Drillers will wear patched jerseys for all May games played on ONEOK Field, located in the historic Greenwood District.

The T-Town Clowns, a popular team from the historic Negro Baseball Leagues era, played at Lacy Park, 2134 N. Madison Place, from 1952-1965. The Drillers first wore replicas of the T-Town Clowns’ original jerseys during the 2011 season.

Rather than have its traditional fundraising gala, the Monarch Ball, in 2021, Domestic Violence Intervention Services is raising funds for an outdoor space for survivors of domestic or sexual violence to reflect and begin their journey to healing.

The organization is consulting with a Master Gardener, a conservationist and the chair of the Monarch Initiative of Tulsa on initial planning for the garden, which will be a certified monarch waystation located at the DVIS outpatient facility, 3124 E. Apache St. Only native Oklahoma plants will be utilized to ensure the space is sustainable.

The garden also will feature a children’s area with raised beds for digging and a rock garden designed to provide butterflies with hydration.

The fundraising campaign is called Monarch Evolved. To sponsor, call 918-508-2709 or email jday@dvis.org.