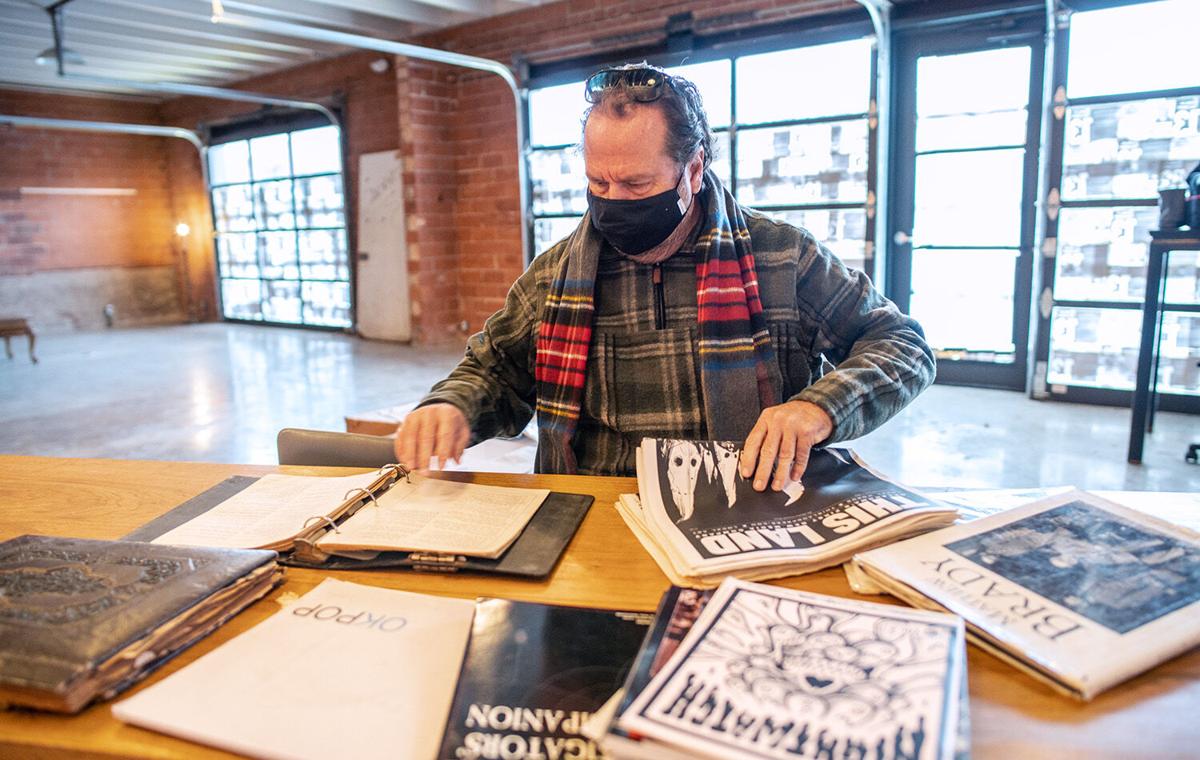 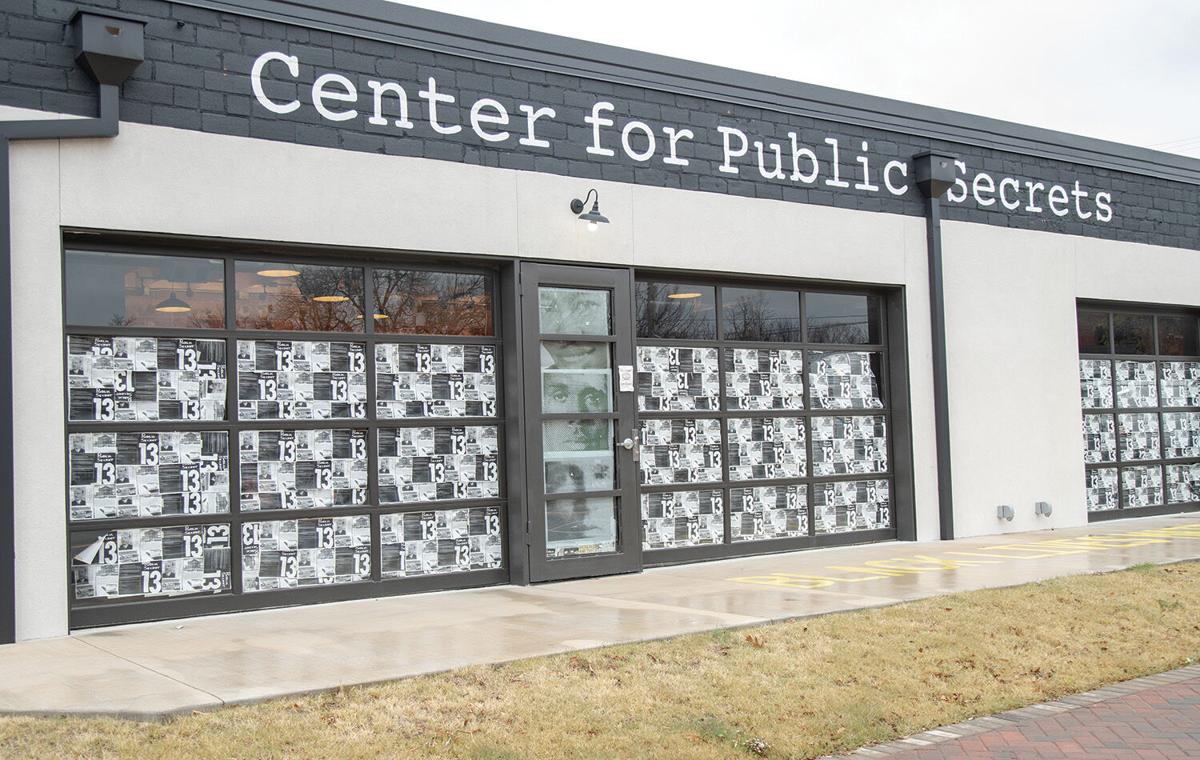 The Center for Public Secrets headquarters is located at 573 S. Peoria Ave.

Hiding in plain sight, a small group of Tulsans have organized to expose and archive what they term the "real Tulsa." This idea might seem novel if their work did not address an abundance of overlooked events, people, places, art and objects that most mainstream institutions in Tulsa choose to ignore. And this ignorance is intentional — because revealing the subcultures and troubled past of Tulsa goes against a picturesque vision of our “Magic City.”

Yet, although this group’s mission is rebellious in spirit, it is an extension of one man’s love for the culture and people of this place, and his dream to educate us about a past that would otherwise remain obscure.

His magnum opus is perhaps “The Nightmare of Dreamland” (2011), a breakthrough exposé of the dishonorable legacy of early Tulsa booster and formerly celebrated champion Tate Brady.

Chapman recounts Brady’s “violent behavior, his attempts to segregate Tulsa, his deep involvement with the Klan and affiliated organizations, and his abuse of power,” supporting these claims with sweeping research and documentation. This work reckons with one simple fact: Men such as Brady should not have streets and theaters named after them.

By 2011, Tulsa had forgotten its history and that early citizens of prominence such as Brady were responsible for the “Modern Ku Klux Klan (coming) into Being” (Tulsa Daily World, Nov. 10, 1917). Chapman’s 2011 article was the first to postulate a direct link between the violent actions of Brady and associates in 1917 in the Tulsa Outrage — when they kidnapped, flogged, tarred, feathered and then banished union members — and the creation of a system and environment that allowed white citizens and leaders to destroy Greenwood in the Tulsa Race Massacre of 1921. Further, Chapman articulated that such a system remained relevant in the landscape of 21st-century Tulsa and northeastern Oklahoma.

This year marks the 100th anniversary of the Tulsa Race Massacre and, poetically, one decade since “The Nightmare of Dreamland.” Much has changed: This Land has ceased publishing, the Brady Arts District is now known as the Tulsa Arts District, the City of Tulsa has begun a search for mass graves resulting from the Massacre, and Chapman’s life was cut short in 2016. Ahead of this terrible centenary, the Center for Public Secrets held its first physical event in February 2020 at its headquarters at 573 S. Peoria Ave. Friends, former co-workers, family and others pored over tables piled with Chapman’s research and art, sharing memories about him and finding inspiration in this invisible past.

“A core purpose of the Center for Public Secrets is to be a forum where people can feel free to say anything — the free exchange of ideas — and there are very few places where that’s encouraged,” says Michael Mason, a founding member. “We want to be a place that allows that to happen. That was something Lee Roy Chapman believed in.”

Mason served as founding editor of This Land, where he worked to provide an outlet for the underrepresented voices and stories that Chapman represented. Professionally, they were close, sharing a vision of Oklahoma drastically different from that of “the national media,” based in the truth of our history and present eccentricities.

“Lee Roy and many others believe that the way to dismantle dangerous ideologies is to expose them in the light of day,” Mason says.

For example, Mason signed off on a Chapman Public Secret where, in 2011, This Land reprinted a letter from Unabomber Ted Kaczynski where he discussed his fellow federal inmate Oklahoma City Bomber Timothy McVeigh. This might be termed “radical” in the sense that many things in this part of the country remain taboo to this day, and are yet part of our past, present and imminent future.

Oklahoma’s socialist roots were quashed with the 1917 Green Corn Rebellion, but Mason believes that this progressive origin and “people doing the actual work to create the culture around us” remain the best representation of a Tulsan subculture with deep roots. (Chapman and co-writer Joshua Kline starkly revealed the tension between Oklahoma’s extremist right-wing militias at Elohim City and this state’s efforts towards equality and progress in 2012.)

In a moment where the nation is polarized, Tulsa media is largely black and white, but Mason, Chapman and ThisLand were passionate about the gray areas, the blurred edges of Okie culture. The Center for Public Secrets will allow this conversation to continue.

“He wanted to make a place where not only could you go online and do research, but you could create art and create conversations — have impromptu gatherings that would edify and illuminate the community,” Mason says.

“When we very first started it was right after Lee Roy’s suicide, so it was really an emotional thing for the both of us,” says his sister Traci Chapman, who founded the Center alongside their sister Whitney — with the assistance of Mason, David Babcock and photographer/Chapman compatriot Western Doughty. “We weren’t really sure what direction we were going to go; we just knew we wanted to continue his love for Tulsa. … I think Tulsa tends to shove a lot of stuff under the rug and that was his mission, to bring things to light.”

“You know, Greenwood and talking about the Race Massacre right now is very popular,” Traci Chapman says. “Everybody is on the Black Wall Street bandwagon, but there are things about it that aren’t going to come to light, that the museums aren’t going to put out there and that’s the kind of stuff we want to put out there. The stuff that makes people uncomfortable, actually.”

Now the Center is being converted into a studio. Equipment has been purchased and COVID-19 precautions are being implemented to launch a weekly podcast where the conversation will center around the real Tulsa with a diverse array of local guests. Until the podcast airs, Traci Chapman says the Center is always looking for volunteers and donations to support its mission. The Center, funded by private donations, is raising money for the studio. Donations can be made directly at centerforpublicsecrets.org. T-shirts with designs by Lee Roy also are available online.

The Center calls its volunteers co-conspirators and they play an integral role, helping with everything from: “building and installing fixtures for exhibits, researching, writing and submitting new stories, help out with social media and soon documenting and preserving Lee Roy’s research and artifacts.”

Above all, one gets the sense the future of Tulsa is, in fact, in our hands.

Mason pauses for some time, then says:

“One of the things that I think is going to dominate the conversation in our community, probably for the remainder of our lifetimes, is the McGirt ruling from the Supreme Court. So, because the Supreme Court has recognized that Tulsa is Indian Territory basically, and (Muscogee) Creek land, it strikes to the heart of the question: Where are we, and is Tulsa even legitimate? It forces us to ask in a much broader sense: Is America itself legitimate? Can you have an entire country founded on the domination of its Indigenous people? Is that a legitimate government? And is Tulsa a legitimate city?”

These questions might remain unanswered for some time, but at least one group is still asking them.

Lee Roy Chapman turned his passion for Oklahoma history into a career.

His written and curatorial work primarily focused on race relations, art and music, revealing many radical and unseen aspects of Tulsa’s past. His work can be found on thislandpress.com, and many cultural artifacts he collected now reside with institutions such as the Smithsonian National Museum of African American History and Culture and libraries at Yale, Duke and the University of Tulsa.