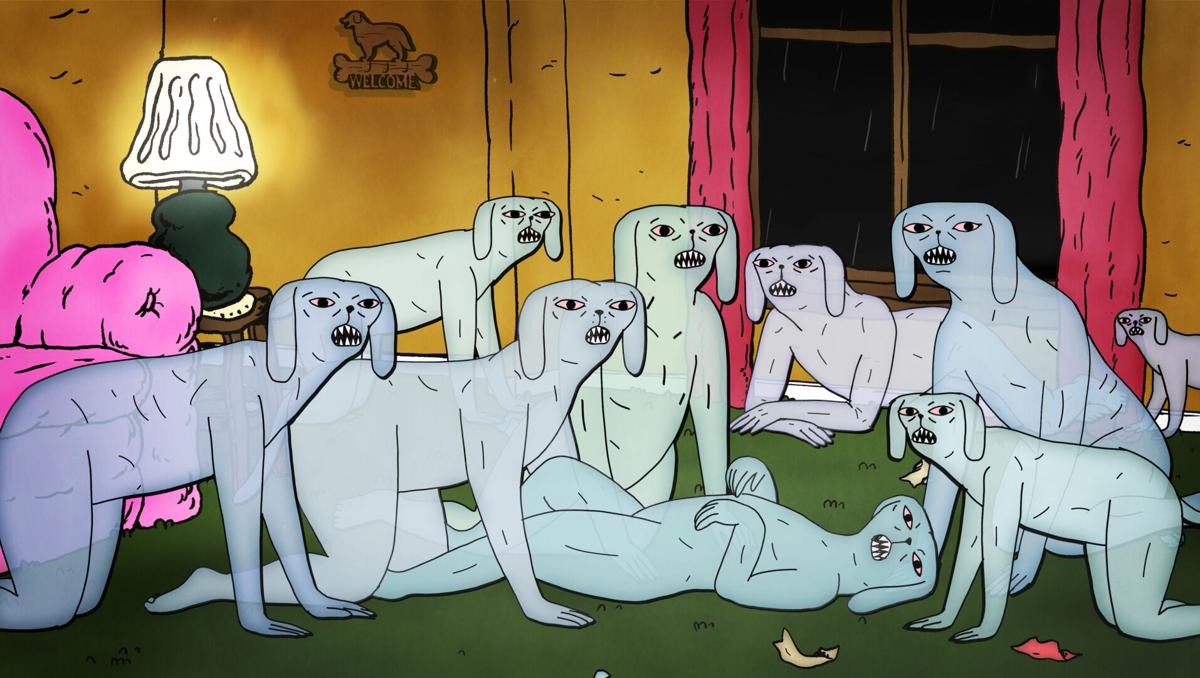 A scene from Joe Cappa's animated short "Ghost Dogs," which will be shown Jan. 30 at Admiral Twin. 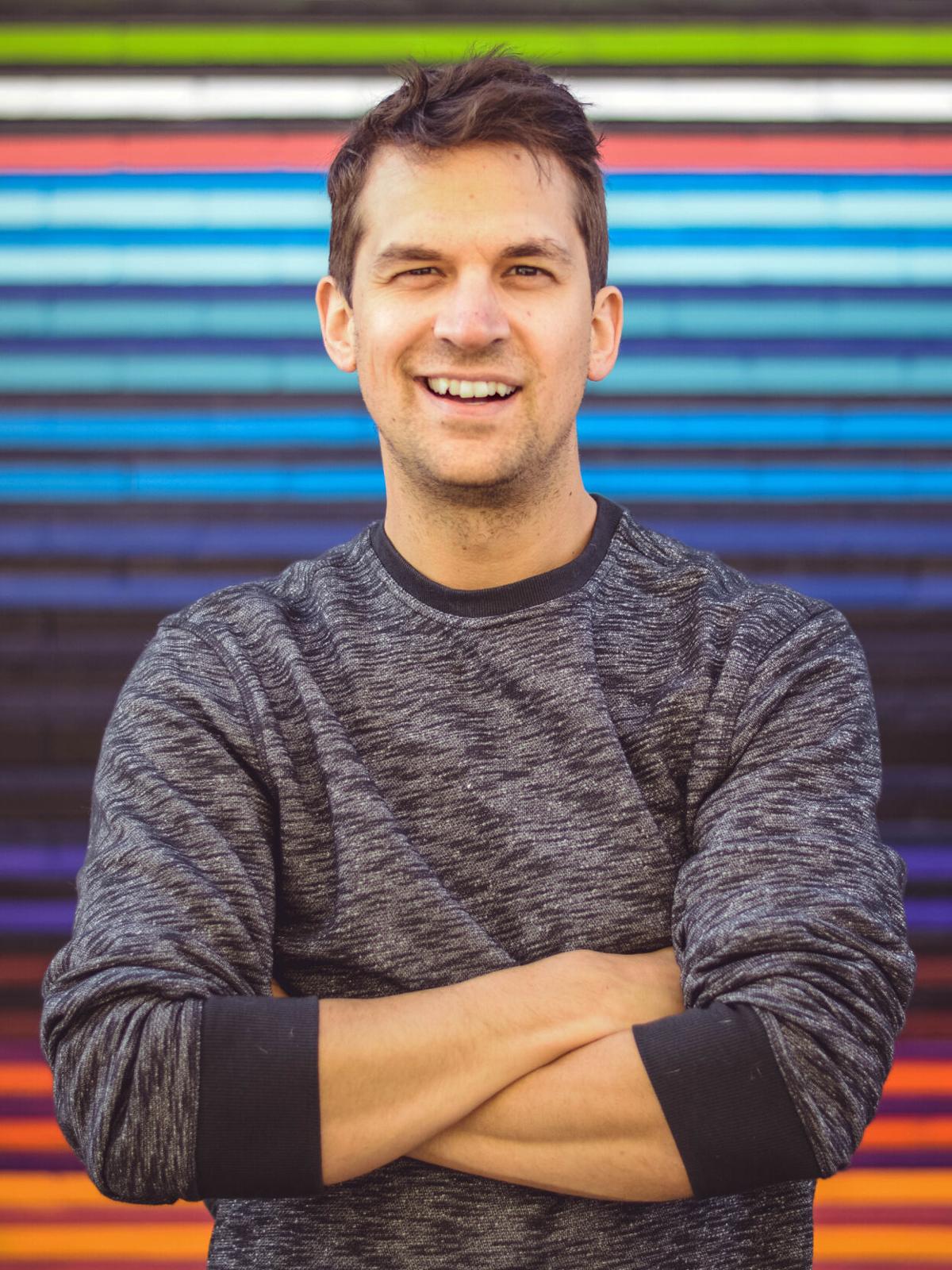 Ever wonder if there are dogs that can see dead dogs?

Joe Cappa's animated short "Ghost Dogs" will be shown Jan. 30 at Admiral Twin and Circle Cinema as part of this year's Sundance Film Festival. The festival, typically held in Utah, runs Jan. 28 to Feb. 3 at satellite locations due to the pandemic.

Tulsa's showings will be at Circle Cinema and the drive-in theater.

"I’m just incredibly grateful for the Tulsa support," says Cappa, who graduated from Jenks High School. "Oklahoma is really trying to be a major player in the motion picture business and you can already see the amazing talent coming out of the state... I think Oklahoma filmmakers have an interesting grasp on storytelling that is fresh and I think the rest of the world is already seeing that."

Cappa's main focus has been working as a cinematographer until the pandemic shut down the industry. That meant he could devote time to his passion project.

Cappa took part in a Q&A to discuss "Ghost Dogs," Sundance happening in his hometown and what it means for him to have his short shown at the drive-in.

Tell me about "Ghost Dogs." On the Sundance website it states it's about "A family's new rescue pup is terrorized by deceased pets in this mind-bending horror." What's the story behind the short film?

I was asked to make artwork for the Ariana Jakub Gallery that used to exist in the Pearl District. I didn’t have any ideas at the time so I was just goofing around with some characters in a notebook, and came up with some dogs that had human legs and arms.

Honestly, I didn’t know what I was doing, and it’s funny that they even hung it. Anyway, these dogs were something I enjoyed drawing for years to come. Years later, I bought myself a tablet to teach myself frame by frame animation and those dog-people were the first things I brought to life. I liked how it looked and wondered if there was a larger story I could tell.

For as long as I can remember I’ve always had recurring dreams where I’m trapped in a haunted house. I have such an emotional connection to these houses that I visit in my sleep that I felt it was time to share that intangible experience with the world. So then it was a matter of combining these haunted dreams with these dog characters. That’s when it occurred to me that a story about a puppy being haunted by the family’s deceased pets was a story that hasn’t been told, but needed to be! I’m kind of amazed it hasn’t been told yet. (laughs)

I watched the trailer and couldn't help but feel a bit of Mike Judge in the work. Has his work inspired yours and/or are there others?

Yes! Mike Judge is a huge influence on my work. My producing partner J.W. Hallford and I were definitely on the same wavelength when it came to the texture of the movie. We wanted it to feel like a cartoon we would have caught late night on MTV. We were both fans of "Liquid Television" as kids. It was an animation block on MTV that used to air "Beavis and Butthead" and other subversive animations back before stuff was done on computers. So that archaic aesthetic was very important for the look and feel of "Ghost Dogs."

What got you into doing animated films?

I worked for a couple ad agencies in Tulsa and Oklahoma City as a videographer. Every once in a while I was doing some motion graphic work for commercials here and there so I was familiar with some animation programs at the time.

I decided to move to Denver just to do my own thing. My first place had a basement, and I realized I could do stop motion animation down there. A year later I was asked to make a music video for Jacob Fred Jazz Odyssey. I animated it all with construction paper. I spent an entire month in a dark basement to finish the video, but I loved how it came out and I was just excited to work on the next thing. That’s when I knew I had the animation bug.

How did living and working through a pandemic impact your work?

I started "Ghost Dogs" in 2018. At the time I thought it would take me 6 months tops. Two years later I was still working on "Ghost Dogs" and the pandemic hit. My experience with quarantine is a little different than the majority of people who’ve been affected, so I hesitate mentioning it. But if you’re looking for a career change during a global pandemic I’d suggest getting into animation. I’m a cinematographer as well, and all that business dried up, so I found I was doing a lot more animation because people couldn’t get together to make live action stuff. The pandemic actually gave me time to finish "Ghost Dogs." I was just stuck at home! We ended up completing the short in August.

This year things are different with the Sundance experience. There's no trip to Utah to hang with industry people and network. What do you hope to get out of being a part of this year's festival?

Sundance has really gone above and beyond for their directors this year. I think they understand what a crummy situation it is for everyone so they’ve gotten really creative to help us out with our movies as much as possible. I made "Ghost Dogs" to get into festivals and meet other industry people so it really does suck that we can’t make those traditional connections. But with Sundance implementing video on demand and several live screenings across the country, I think "Ghost Dogs" will reach a wider audience this year, so who knows what doors will open this way? I’m definitely excited for Tulsans to see it!

It will be screened at Admiral Twin on Jan. 30, as part of the Tulsa Sundance experience. You're a Jenks alum. What does it mean to have your short shown on the local legendary drive-in in front of a hometown crowd?

I can’t tell you how amazing it is to have "Ghost Dogs" screening at Admiral Twin. I have so many memories of watching shows with family and friends at the drive-in. This is a way for all of us to relive that magic when we were in high school. A Denver theater was another Sundance partner for 2021, but COVID-19 restrictions have pretty much ruined their chances of having an in-person screening. It’s so fortunate that Tulsa has this drive-in treasure to guarantee everyone has a safe movie watching experience.

What's next the project. Working on anything you can talk about?

Yeah, I’m in talks with an animation studio in LA for a possible series. My producer, J.W., and I have started up our own operation called Great Question with hopes of using Sundance as a launch pad for other ideas we have cooking up. A "Ghost Dogs" feature? Who knows!?

For the latest updates on Sundance in Tulsa and ticket information, visit circlecinema.org.